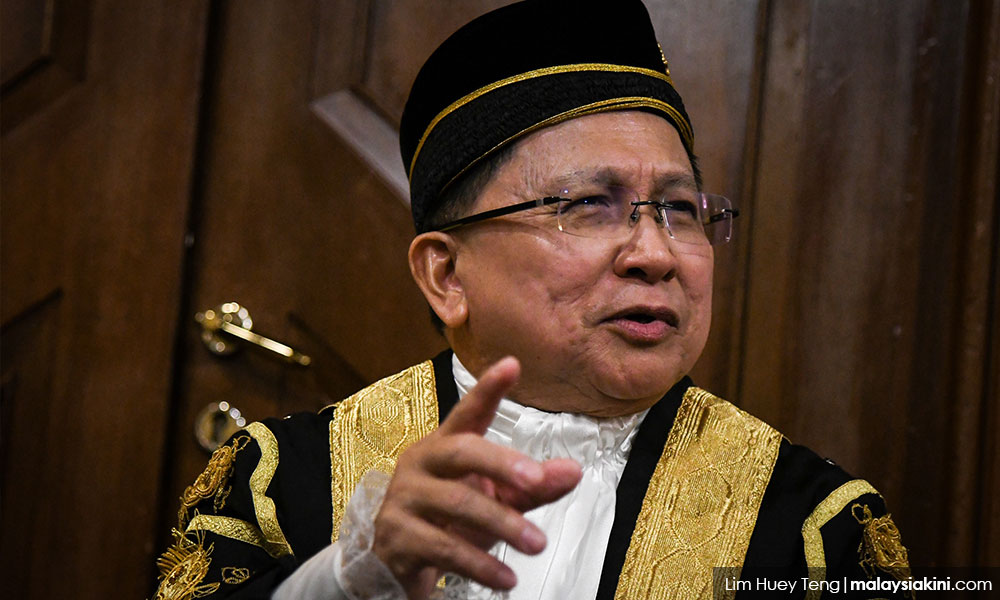 No action against top judge as he's retired - CJ's office

A former top judge accused of judicial interference had been spared from action as he was retired, the Chief Justice's Office reiterated.

"The 'top judge' concerned had retired, hence no action could be taken under the Judges Code of Ethics 2009 read with the Judges Ethics Committee Act 2010," the office said in an affidavit-in-reply filed on Monday.

It added that differing accounts were also given on the alleged reprimand by the former top judge against Court of Appeal Judge Hamid Sultan Abu Backer for writing a dissenting judgment in the M Indira Gandhi case.

The affidavit, affirmed by a special officer to the Chief Justice Mohd Aizuddin Zolkeply, was in reply to lawyer Sangeet Kaur Deo's application to declare that the chief justice failed to defend the integrity and credibility of the judiciary over two alleged incidents of judicial interference.

The Chief Justice's Office had made similar remarks last November, following the launch of a probe on Hamid's allegations.

Hamid has since repeated his allegations in an affidavit supporting Sangeet, which was filed yesterday.

In it, the Court of Appeal judge claimed Malanjum was reluctant to have a Royal Commission of Inquiry probe the judiciary.

Meanwhile, in the Chief Justice's Office's affidavit-in-reply, it also explained that an internal probe on judicial interference in the Karpal Singh sedition case had been suspended in view of a police investigation in the matter.

In his affidavit yesterday, Hamid claimed that a top judge dubbed "ARLC" interfered in a majority decision which was initially to acquit the late DAP national chairperson Karpal Singh of his charge under the Sedition Act.