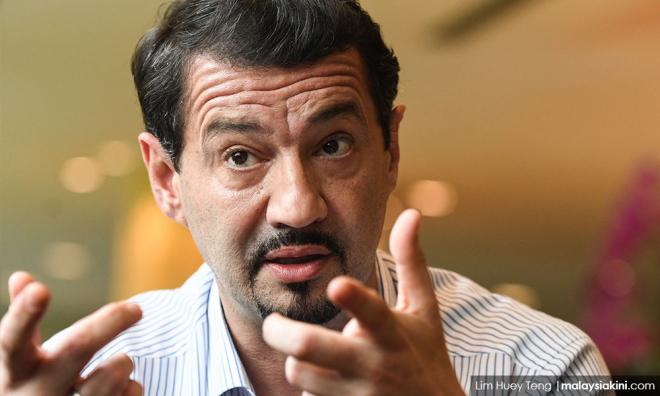 Justo brushes off Swiss probe as a 'PR move'

Swiss national Xavier Andre Justo, who is being investigated by the authorities in Zurich for economic espionage related to 1MDB, has described the probe as a “public relations (PR) move”.

“This is a PR move by PetroSaudi International. They want legal action taken against me, seeing as they themselves are being investigated over their involvement in the 1MDB case,” Justo was reported as saying by Astro Awani today.

Justo is alleged to have stolen data from ex-employer PetroSaudi International and tried to sell them. The data led to the revelation that billions of ringgit were siphoned off from 1MDB under the guise of a deal with PetroSaudi.

The Swiss Office of the Attorney-General (OAG) earlier confirmed the investigation against Justo under Article 273 of the Swiss Penal Code, which concerns suspicion of economic espionage, according to news portal Swissinfo.

An OAG spokesperson reportedly said that the investigation against Justo was initiated following an official report lodged by “someone closely related to the 1MDB probe”.

However, Justo said this investigation was an old matter, as the complaint was lodged in 2017.

“The complaint was made in 2017, but it is only becoming an issue now. I will not fear this investigation,” the former PetroSaudi employee added.

Justo was jailed in Thailand in August 2015 after he allegedly blackmailed his former employer to release incriminating data, which he leaked to Sarawak Report and The Edge Media Group.

Following a change of government in Malaysia and the prosecution of former prime minister Najib Abdul Razak in the 1MDB matter, The Edge Media Group chairperson Tong Kooi Ong gifted US$2 million (RM8.2 million) to Justo for his role in exposing the 1MDB scandal.