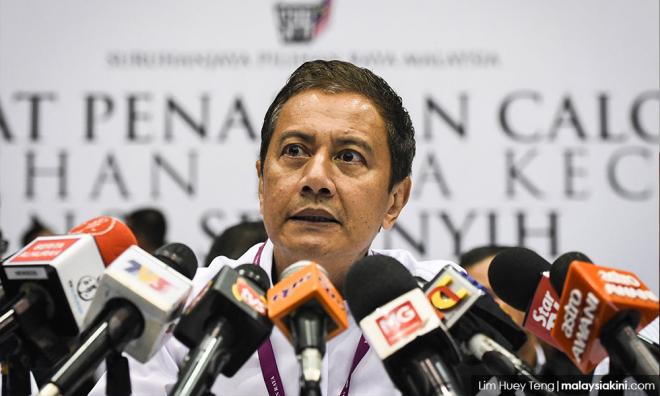 EC chairman Azhar Azizan Harun, however, said that he had yet to receive complete information related to the existence of such materials.

“I will have a look and see what it is and what the contents are. If they were found to have provocative elements, we will have them removed.

“At the same time, it is not easy because this (provocative campaign materials) may be perpetrated by others using the name of the party or certain individuals,” he said when met by reporters after attending the forum titled ‘Conflict of Interest: Analysis & Recommendations on Preventing Political Patronage and Corruption in Malaysia’ in Kuala Lumpur today.

Several banners featuring the Pakatan Harapan logo with the words ‘We are not thieves’, ‘We are not liars’ and ‘We are not pirates’ had been put up in several areas in Semenyih since last Monday.

Apart from that, a local newspaper reported that provocative leaflets had also been distributed to members of the public at a parking lot in a popular supermarket in Semenyih over the past few days.

“Overall, everything is going on smoothly and peacefully including security issues,” he said.

semenyihbyelection
electioncommission
azharazizanharun
Related Reports
Ex-Umno man campaigns for Harapan in Semenyih
a year ago
Harapan may lose GE15 if it pushes reforms too fast, Saddiq warns
a year ago
Streram vows not to contest in Rantau if not selected by Harapan
a year ago
MCA cries vote-buying in Semenyih over RM100 cash aid by gov't for singles
a year ago