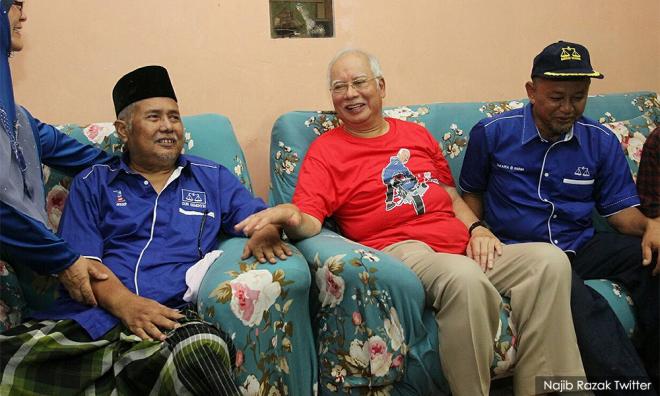 Najib claims signs of early victory for BN in Semenyih

SEMENYIH POLLS | On the campaign trail for BN candidate Zakaria Hanafi, former premier Najib Abdul Razak last night claimed there have been early signs of victory after an alleged lack of support for several Pakatan Harapan programmes in the area.