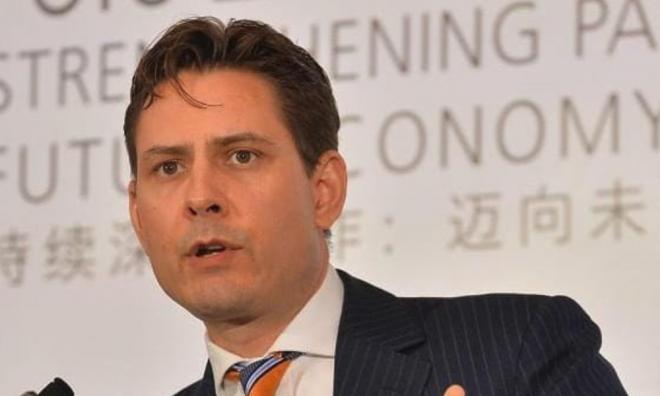 China on Monday accused detained Canadian citizen Michael Kovrig (above) of stealing state secrets which were passed on to him from another detained Canadian, Michael Spavor, in what is likely to increase tension between Ottawa and Beijing.

China has repeatedly demanded Meng be released, and reacted angrily last week when Ottawa approved extradition proceedings against her.

The Communist Party’s Central Political and Legal Affairs Commission said Kovrig had often entered China using an ordinary passport and business visas, “stealing and spying on sensitive Chinese information and intelligence via a contact in China”.

“Spavor was Kovrig’s main contact and provided him with intelligence,” the commission added, without giving details.

Kovrig - who works for the International Crisis Group (ICG) non-governmental organization - violated Chinese laws, and China will start the next judicial proceedings in due course, it said.

“China is a country with rule of law and will firmly crack down on criminal acts that severely undermine national security.”

Canada’s foreign ministry did not immediately respond to a request for comment. The ICG, which focuses on conflict resolution and has denied any involvement in espionage, said it had heard nothing official about any charges.

“Michael’s work for Crisis Group has been entirely transparent and in the open,” spokesman Karim Lebhour said. “Vague and unsubstantiated accusations against him are unwarranted and unfair.”

While Canada says China has made no specific link between the detentions and Meng’s arrest, experts and former diplomats say they have no doubt it is using the cases of the two men to pressure Canada.

Canadian diplomats have visited the two men. However, sources familiar with the case have said Kovrig has not been allowed access to lawyers or family members, unlike Huawei’s Meng (above).

David Mulroney, a former Canadian ambassador to China, said the detainees would come under increased pressure to talk about people they had met.

“They’ll be told that if they confess to something, they may be able to expect a degree of leniency,” he told the Canadian Broadcasting Corp. “They’ll also probably be asked to see if they can put pressure on Canadian officials who visit them to see if they can secure the release of Ms Meng.”

Canada arrested Meng on Dec. 1 as she was changing planes in Vancouver, at the request of the United States. In late January the US Justice Department charged Meng and Huawei with conspiring to violate U.S. sanctions on Iran.

She is free on bail and denies the charges against her.

Separately, Huawei plans to announce a lawsuit against the US government on Thursday on grounds related to a defense bill, a source with knowledge of the matter said.