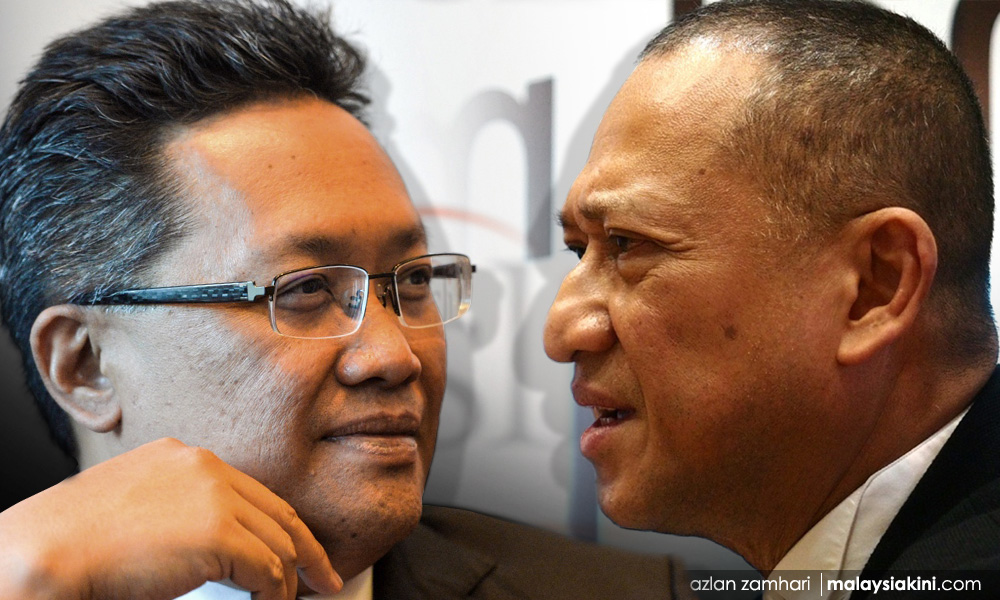 'Be a buffer zone, not a war zone' - Rahman Dahlan chides Nazri

In a series of tweets, the Umno supreme council member said Nazri's stance does not reflect that of Umno's.

"As the secretary-general of BN, Nazri has to be more diplomatic in handling BN-related issues. When handling such an issue, discuss with the Umno leadership first. Ask for opinions. Otherwise, the BN secretary's (sic) voice does not reflect that of Umno's - full stop!

"The BN secretary-general should be a peacemaker, a moderator and an arbitrator, and not a provocateur or antagonist. He should be a buffer zone, not a war zone," tweeted Rahman.

Yesterday, BN component parties MCA and MIC had announced that they are "moving on" and exploring a new alliance (below), due to Umno's continued silence on racial remarks by the party's leaders, including Nazri.

A high-ranking leader close to MCA and MIC's negotiations later told Malaysiakini that the parties are exploring the option of kicking Umno out of BN.

Nazri had laughed at the proposition, saying the two parties will not survive without Umno.

BN acting chairperson Mohamad Hasan, however, called for cooler heads to prevail, saying a BN supreme council meeting has been called after remarks from both parties.

Tensions between MCA and Umno have been simmering since the former called for Nazri to be sacked as BN secretary-general, after he was alleged to have called for Chinese and Tamil schools to be closed.

Nazri had denied wanting vernacular schools to be closed, and accused the media of misquoting him.

Nazri to appear at BN meeting despite threats from MCA, MIC