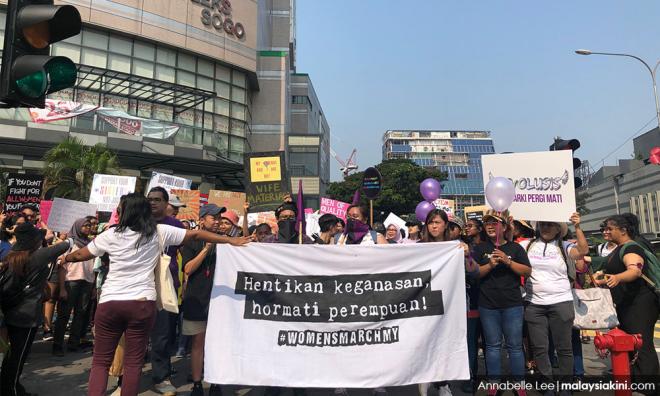 MP SPEAKS | What we really need in Malaysia is a radical transformation of society based on equality and justice.

And that’s exactly what the marchers on International Women’s Day had called for – an end to child marriages and gender discrimination, freedom for women over their bodies and lives, the smashing of patriarchy and a push for equal wages.

But instead of focusing on delivering these legitimate demands, some Pakatan Harapan leaders have opted to single out the participation of the LGBT community as a way of carelessly dismissing the march as trivial.

Caricaturing the march as “a misuse of democratic space” or “disgusting” only goes to show an attempt at sidelining women's issues, which in itself is inconsistent with Harapan’s overall commitment to equality.

This is also misogynistic and regressive.

The march wasn’t used to promote the LGBT, but rather to stop the growing violence against the minority community – in accordance with Article 8(2) of the Federal Constitution, which says there should be no discrimination on the grounds of gender.

It’s also irresponsible of the media to cause unnecessary panic by fashioning the Women's March as an LGBT gathering.

These media organisations will be culpable for the incitement of hate and possibly violence across society against a group of defenceless people.

The International Women’s Day is a focal point in the movement for women’s rights. While some battles have been won by women, they continue to fight wars against inequality, violence and toxic patriarchy.

KiniGuide: A guide to what happened at Women’s March

Women continue having to work twice as hard and still not get equal pay, there are lower proportions of women to men in government positions, and women’s education is still being withheld across the world.

The Pakatan Harapan government has a duty to protect and promote the interests of women from the LGBT community, aboriginal communities, poor and disenfranchised communities, women with disabilities, and many more.

We cannot, in this day and age, choose to exclude women from certain communities, and yet attempt to build a progressive and inclusive nation for all.

I understand that there is a campaign to lodge police reports against the purported organisers.

This is ridiculously childish, and the time can be better spent creating an equal and enabling environment for all women.

I pledge solidarity with the groups that organised the march. Many of them had voted for Harapan, believing we will bring about the balance that’s very much needed to push forward the empowerment of women in the country.

Are we going to disappoint them?

CHARLES SANTIAGO is the MP for Klang.