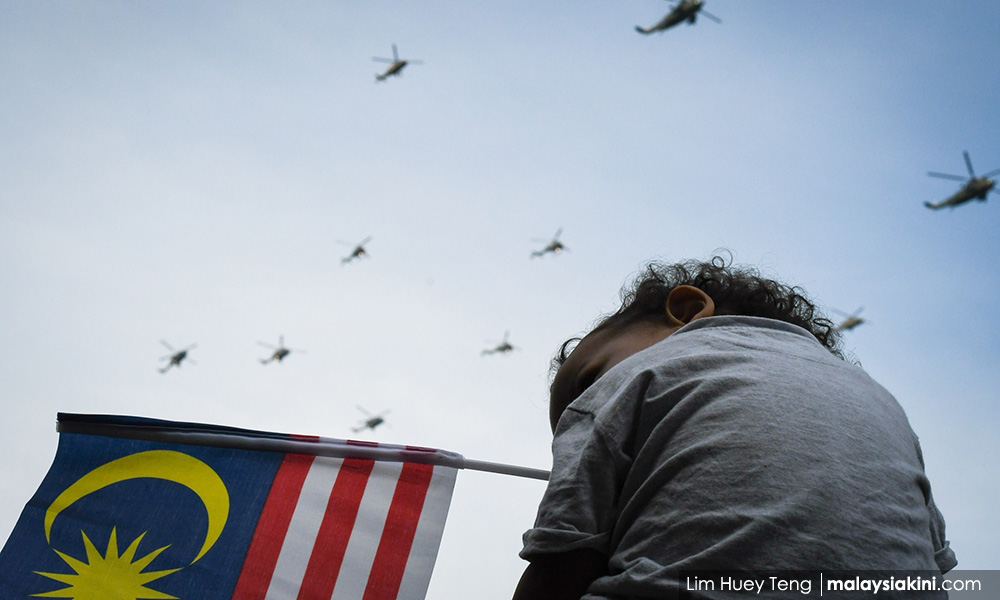 Insults to religion: Time for Malaysia to grow up

COMMENT | We, speaking up for what we believe to represent the majority of peace-loving and responsible Malaysians, condemn the unhealthy trend of irresponsible individuals and political parties in capitalising on the issue of 'insults to religion' to gain popularity among voters.

Such callous actions by these individuals and groups, bordering on rabble-rousing, will put the country in a heightened state of uneasiness and fear.

The government of the day seems unwilling or unable to respond to these acts of opportunism by irresponsible parties for their own selfish ends.

The background relating to the issue of 'insulting religion' lies in our colonial and recent past, which saw limited education and the mixing of cultures between different communities. Hence, the past need for restrictive laws to preserve public order.

However, after over 60 years as a nation-state making its way towards modernity and the matured liberal, scientific and progressive future envisaged in Vision 2020, it is high time to revisit and revise these laws.

On May 9, 2018, citizens of Malaysia voted out a failing government and ushered in what we hoped would be a new era of mature political discourse and freedom of expression.

As with any new manifestation of political culture, there will be teething problems. These problems need to be analysed and objectively dealt with in the way which developed and mature societies would handle them.

In our country, institutions of religions have been set up to administer each religion with Islam acknowledged in a special situation in the constitutional sphere. Article 3(1) states that: “Islam is the religion of the Federation; but other religions may be practised in peace and harmony in any part of the Federation.”

What this means is that insulting Islam is unacceptable in respect of the current laws. Similarly, other religions in the country – even if not enjoying the status of Islam – need to be equally respected.

Striking a balance in laws

In the application of laws prohibiting insulting religion, we must strive for a rational and liberal balance with the protection of the freedom of expression, while being mindful of the religious sensitivities of our multi-religious communities.

Hence, open-mindedness and moderation should be the norm in the interpretation and application of the existing laws.

The following are some examples which the holders of state power should not automatically or as a reflex action seek prosecution and punishment, just because some individuals or groups label them as constituting religious insult or disrespect:

1. The production or reproduction of religion-related literature and art by Malaysians should be permitted and protected under the law, so long as the author is not engaged in what is clearly an act of religious hate crime.

2. Opinions on social issues such as child marriages, female circumcision or other similar subjects are perfectly defensible and permissible as they bear no intention of insult. On the contrary, they provide a contemporary understanding of what are traditionally accepted norms and practices sanctioned by religious authority. The sharing of knowledge on such issues with social and religious institutions and authorities should be encouraged rather than be penalised by the law.

3. Professional opinions on technological, planning design and environmental issues concerning religious buildings or religious actions and rituals should be welcomed, as they will help create more sustainable forms and structures that would benefit all members of society.

4. Discourses on spirituality, different forms of religious belief and even agnosticism and atheism should be permitted. Such exchanges of theological and non-theological constructs will enable the nation to grow spiritually, as well as be part of the growing universality that is replacing narrow religious, cultural and social constructs.

Protection of the above and other similar expressions of thoughts, ideas and constructs are absolutely necessary for Malaysia to grow to become that “psychologically liberated, secure and developed nation” as envisaged in Vision 2020.

Together with the above, in view of the recent national and international attention and publicity given to the ten-year sentence levelled on a recent offender accused of insulting Islam on social media, we call for an urgent phasing out of the laws related to 'insulting religion' by instituting the following replacement.

Firstly, such cases construed as 'insulting religion' should not be the sole judgment of a single judge for fear of ethnic and religious bias. Such a decision should be referred to the National Unity Consultative Council (NUCC) under the purview of the national unity ministry in the Prime Minister's Department.

The NUCC should comprise noted personalities in society with representatives of officials from the various religious groups.

Secondly, for the period before the laws of ‘insulting religion’ are to be phased out, punishment should not go beyond a commensurate fine within the financial status of the person being charged.

Thirdly, once the laws have been phased out, acts pertaining to so-called ‘insults to religion’ should be referred to the NUCC for action.

Such action can include collaboration with the respective religious institutions or authorities to ensure that there are no adverse ripple effects from the alleged insult or disrespect, and counselling of the individuals or groups engaging in such action or activities.

Fourthly, religious leaders in their sermons must regularly advise congregants and members of the faith against insulting others.

We remind our fellow citizens that the resort to law to criminalise opinions and views on religion is a double-edged sword. Let us put that sword away, so we do not end as a cut up and impaired nation.