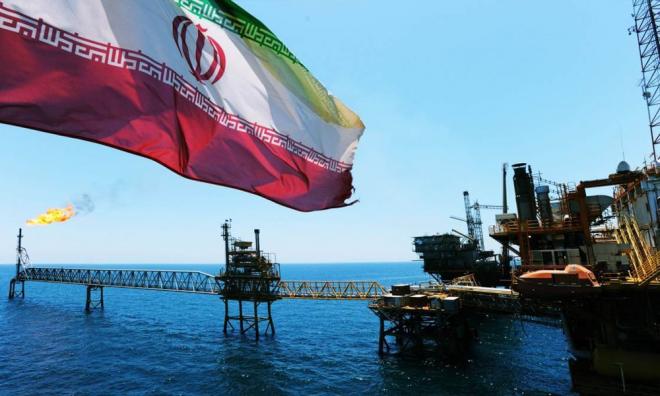 US aims to force further cut in oil exports by Iran

The United States aims to cut Iran's crude exports by about 20 percent to below one million barrels per day (bpd) from May by requiring importing countries to reduce purchases to avoid US sanctions, two sources familiar with the matter told Reuters.

The United States will likely renew waivers to sanctions for most countries buying Iranian crude, including the biggest buyers China and India, in exchange for pledges to cut combined imports to below one million bpd. That would be around 250,000 bpd below Iran's current exports of 1.25 million bpd.

"The goal right now is to reduce Iranian oil exports to under one million barrels per day," one of the sources said, adding the Trump administration was concerned that pressing for a complete shutdown of Iran's oil in the short-term would trigger a global oil price spike.

Washington may also deny waivers to some countries that have not bought Iranian crude recently, the sources said.

The US reimposed sanctions in November last year after pulling out of a 2015 nuclear accord between Iran and six world powers. Those sanctions have already halved Iranian oil exports.

To give time to importers to find alternatives and prevent a jump in oil prices, the US granted Iran's main oil buyers waivers to sanctions on the condition they buy less in the future. The waivers are due for renewal every six months.

"Zeroing out could prove difficult," one of the sources said, adding a price of around US$65 a barrel for international benchmark Brent crude was "the high end of Trump's crude price comfort zone."

Both sources said they were briefed by the Trump administration on the matter, but were not authorised to speak publicly about it and asked for anonymity.

While the latest talks on waivers aimed for a reduction in exports by Iran, the sources said the administration remained committed to a complete halt in the future.

Brian Hook, the State Department's special representative on Iran, also said in remarks at an industry conference in Houston yesterday that Washington is pursuing its plan to bring Iranian crude exports to zero.

Trump "has made it very clear that we need to have a campaign of maximum economic pressure" on Iran, Hook said, "but he also doesn't want to shock oil markets."

"On the numbers part, we'll get an updated assessment as we get closer to the end of the 180-day period" of the first round of waivers that ends in May, the spokesperson said.

Washington in November provided waivers to eight economies that had reduced their purchases of Iranian oil, allowing them to continue buying it without incurring sanctions for six more months. They were China and India, along with Japan, South Korea, Taiwan, Turkey, Italy and Greece.

All eight are in bilateral talks about the waivers, sources said.

The administration is considering denying extension requests made by Italy, Greece and Taiwan - in part because they have not made full use of their waivers so far, one of the sources said.

Greece and Italy were not buying any Iranian oil, Iran's Oil Minister Bijan Zanganeh (photo, below) was quoted as saying in February.

It is unclear whether the administration will be able to convince China, India and Turkey – all of whom depend heavily on Iranian oil and have criticised the US sanctions on Iran – to reduce imports.

"India, China and Turkey – the three tough cases – will continue to negotiate with the administration and are likely to keep their waivers," one of the sources said.

The administration would likely struggle to cut Iran's exports much below one million bpd due mainly to strong demand from China, India and Turkey, said Amos Hochstein, who was in charge of Iran sanctions as the top US energy diplomat under former president Barack Obama.

"Looking at the market right now, it seems reasonable that Iranian exports will remain at the 800,000 to 1.1 million bpd average," said Hochstein, who talks with energy ministers from big oil consumers.