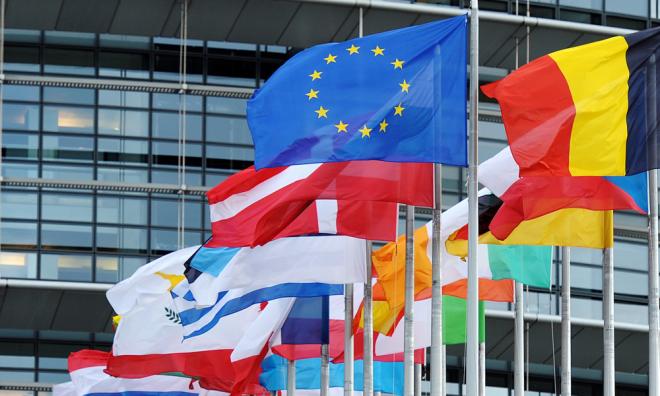 European Union leaders are meeting in Brussels today to give Prime Minister Theresa May an offer to delay Brexit beyond March 29, on condition that she can finally win over her many opponents in the UK Parliament next week.

Nearly three years after Britons narrowly voted in a referendum to leave the EU, May has been unable to unite her divided cabinet, Parliament or nation behind her exit plan.

Increasingly embattled, she asked the EU yesterday to postpone Brexit until June 30 to give her time to secure a deal in Parliament and avoid an abrupt departure next week that could spell economic chaos.

"We could consider a short extension conditional on a positive vote on the Withdrawal Agreement in the House of Commons," summit chairperson Donald Tusk said in a letter inviting all 28 EU national leaders to Brussels talks.

Any delay must be unanimously approved by all the other 27 national EU leaders who are increasingly exasperated with Britain's inability to find a way out of the domestic political deadlock that is weighing heavily on the whole bloc.

Raising the stakes, France threatened to reject May's request and the EU's executive said Britain had to be out by May 23 to avoid having to take part in European Parliament elections.

May (photo) said in London last night that she opposed any further postponement, telling Parliament to pick between her deal, a no-deal divorce, or no Brexit.

"It is now time for MPs (lawmakers) to decide," May said in a televised statement. "You want us to get on with it. And that is what I am determined to do."

All 28 EU leaders will assemble in Brussels at 1400 GMT (10pm today in Malaysia). May will address her peers before leaving the room while they discuss the issue.

The 27 are then expected to agree what will amount to a technical extension, intended to give Britain time to pass the necessary exit legislation - if the House of Commons approves the divorce package before March 29.

The chamber has already twice voted it down heavily, with some saying May's deal would leave Britain too closely aligned with the EU, others arguing that it would not be close enough.

If Britain fails to ratify the deal in time, and with the legal exit date of March 29 approaching fast, Tusk (photo) could then call an emergency summit for late next week.

At stake would then be a "no-deal" Brexit or a much longer extension to give the British Parliament time to find a notional consensus approach. Brexit's backers fear that, with such a long delay, their project might never materialise.

EU supporters hope a longer delay could pave the way for a new vote in Britain or a reversal of May's strategy to leave the EU's single market and customs union, a policy that has exposed intractable differences over how to handle the Irish border.

But this would appear to require Britain to take part in European elections in late May that it had never expected to participate in - or present the EU with a painful constitutional conundrum.

The EU wants to avoid repeated Brexit delays or more renegotiations of the legally binding Withdrawal Agreement, put together in months of painstaking talks with London. It is designed to settle Britain's bill with the EU, guarantee expatriates' rights and provide a status-quo transition period after Brexit.

As Brexit is sapping EU resources, the leaders will also turn to other pressing issues, today and tomorrow. These include the state of their economies, their ties with China, climate change and ringfencing the European elections from illegitimate interference.

Eyes will also be on Hungarian Prime Minister Viktor Orban, who will be meeting his EU peers a day after his Fidesz party was suspended from Europe's main centre-right alliance over a venomous campaign against EU institutions and migration policies.

Back my deal or face long Brexit delay: May warns lawmakers
17 Mar 2019
British lawmakers overwhelmingly back Brexit delay
15 Mar 2019
Last chance? Theresa May wins Brexit assurances from EU on eve of crucial vote
12 Mar 2019
Germany warns it will stop extradition of its citizens to UK after Brexit
17 Feb 2019