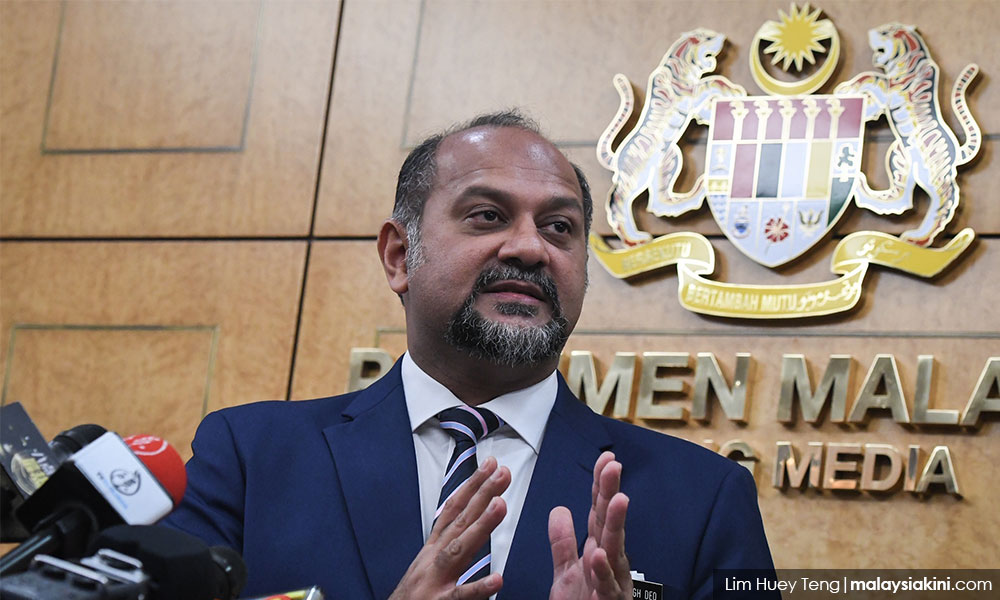 Communications and Multimedia Minister Gobind Singh Deo today spoke out against the harassment of journalists.

"Please stop harassing or harming journalists. They are there to report the facts.

"If you disagree with them you should explain your side of the facts to them or respond to articles written or even sue if you must.

"But please do not resort to violence or abuse. That is not acceptable," he said in a Twitter posting.

The report concerned Najib Abdul Razak's supporters roughing up students who were protesting against the former prime minister.

Najib's supporters claimed the students who held up a clown-faced cutout of Najib and placards criticising the Pekan MP for the 1MDB scandal was provocative.

The supporters subsequently confronted the students and tore up the cutout while a member of the group held one of the students in a reverse choke hold.

Umno said it did not know who the person was and claimed it was a passerby.