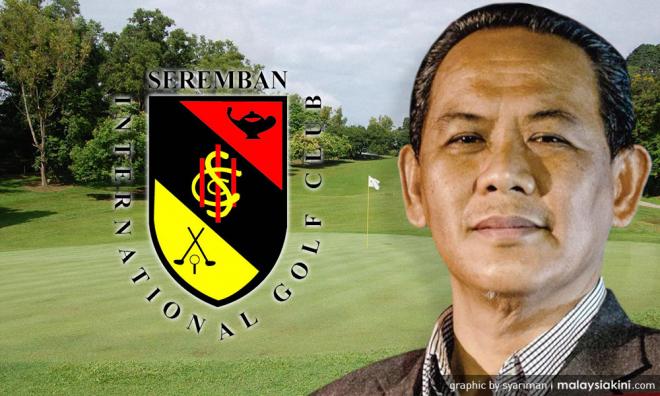 This followed the club members’ unanimous decision yesterday to overturn an alcohol ban at the club that had been imposed by the club’s committee since August last year.

“I have decided to resign following the decision by the members. I will inform the management of this in writing,” The Star quoted him as saying.

It was previously reported that the state government owns the golf course, while the clubhouse and other sports facilities belong to the 1,500 members.

The ban took effect soon after Pakatan Harapan took power in the state, though Aminuddin had denied personally ordering the ban and said it was a collective decision by the SIGC committee.

An Extraordinary General Meeting (EGM) was held yesterday to reverse the ban. In the lead-up to the EGM, Aminuddin had threatened to resign if the ban was lifted.

“I have raised this issue twice at the club's meetings. If want to sell (alcoholic drinks), carry on, I will quit as president… that’s all. Furthermore, I do not play golf, it is just that I was asked to be president.

“As the chairperson of the State Islamic Action Committee, I cannot be there (in the Club’s committee)… do not equate me with the former menteri besar (who was president of the club when BN ruled the state before the 14th general election in May last year),” Bernama quoted him as saying last Thursday.