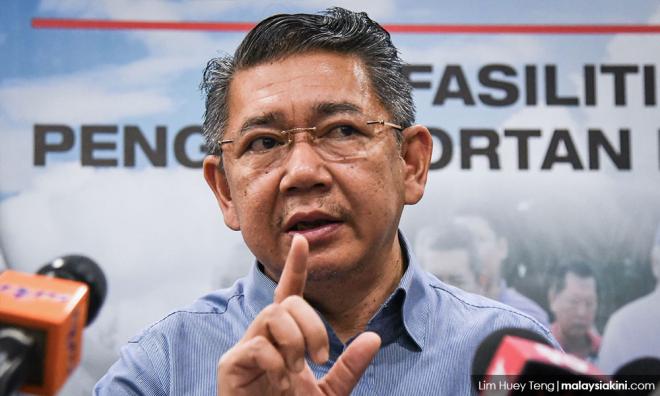 The Agriculture and Agro-based Industry Ministry is considering licensing middlemen to control them from charging high prices at their own discretion, said its minister Salahuddin Ayub.

He said the idea of licensing middleman arose after a study by Malaysian Institute of Agricultural Research and Development (Mardi) revealed that the role of middlemen could not be eliminated as they also brought benefits.

He said middlemen who may need to be licensed are those who involved in the chain of fruit, vegetable and fish industry.

“At the moment, there are no regulations to prevent middlemen from operating, even the people do not really know who are the middlemen.

“Those who want to fish in the ocean, need licenses, retailers also need licenses, so do wholesalers but why does this not apply to middlemen?,” he told reporters after attending a Mardi town hall programme in Serdang today.

He said that he would discuss the licensing idea with Domestic Trade and Consumer Affairs Minister Saifuddin Nasution Ismail as well as the Home Ministry.

At the town hall session, Salahuddin said his ministry was drafting a system to introduce an investment trust fund for fishermen and farmers to improve the standard of living of these groups.

“Through the investment trust fund, all fishermen and farmers can benefit directly,” he said, adding that the proposal will be discussed with Permodalan Nasional Berhad.

Meanwhile, Salahuddin said his ministry secretary-general Datuk Mohd Sallehhuddin Hassan will be in Jakarta soon to discuss the issue of eight Malaysian fishing boats detained by the Indonesian authorities.

“These Malaysian boats have allegedly entered the waters of Indonesia and Mohd Sallehuddin and his team will determine the last location of the boat when they were arrested,” he said, adding that the issue would be resolved between Malaysia and Indonesia through diplomatic and legal channels.

Prior to this, there were reports that eight Malaysian boats had been detained by Indonesia while nine boats belonging to the republic were seized by Malaysian authorities.

Salehuddin hoped Indonesian Minister of Marine Affairs and Fisheries Susi Pudjiastuti could cooperate with the Malaysian team in resolving the issue.