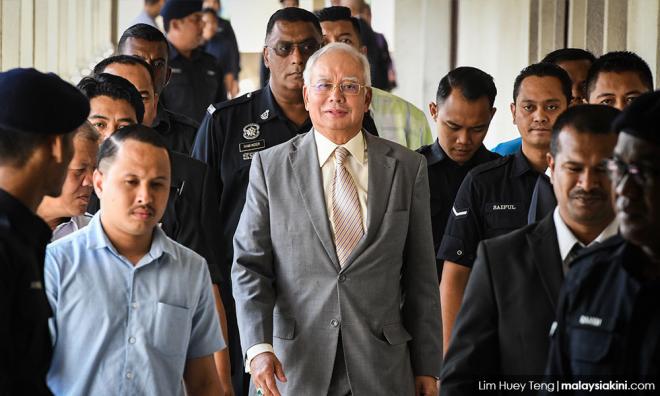 The former prime minister was responding to increasing calls for a live telecast of his trial involving SRC International Sdn Bhd, which is slated to begin this Wednesday.

This, despite having initially seeking for a gag order on the media and public discussing the case to avoid contempt of court.

“I will support the live telecast as it will aid transparency and ensure the ‘rule of law’ is adhered to.

Najib's trial was initially slated to begin on Feb 12, but had been delayed pending disposal of several appeals filed by his lawyers.

One of the appeals were for a gag order to be placed upon the media to prohibit discussion of his case.

However, the Federal Court recently set aside a stay order on proceedings, leading the Kuala Lumpur High Court to set the April 3 trial date.

These include three money laundering charges involving RM42 million, three counts of criminal breach of trust, and one count of abuse of power.

On Feb 8, the prosecution added three money laundering charges against the ex-premier for allegedly receiving illegal proceeds amounting to RM47 million on July 8, 2014.

Najib is also due to face his 1MDB-related charges in the middle of next month.

The looming court date renewed calls for the trial to be telecast live, with the revival of a nine-month-old Change.org petition.

At the time of writing, the petition has garnered over 40,800 petitioners.

The first wave of requests for a live telecast was shot down by Communications and Multimedia Minister Gobind Singh Deo last year.