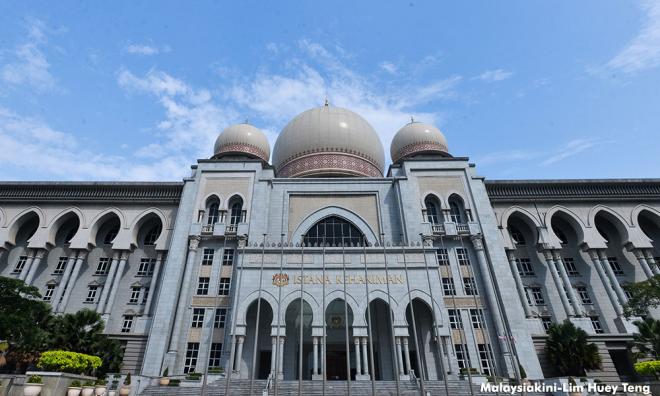 The Federal Court's decision to impose a prison sentence on lawyer Arun Kasi for contempt has courted flak from legal eagles.

Among them was former law minister Zaid Ibrahim, who suggested that the Malaysian Bar organise a march to the Palace of Justice in Putrajaya.

“Don't let Arun suffer alone. This is the beginning of New Malaysia that we must oppose,” he tweeted.

Eric Paulsen, the country representative to the Asean Intergovernmental Commission on Human Rights, said the sentence was unnecessary and would not promote public confidence.

"Justice is not a cloistered virtue, and everyone must be allowed to be critical, rightly, wrongly, even being rude or outspoken regarding the judiciary," he added.

'Freedom of speech at stake'

According to Paulsen, the offence of scandalising the judiciary is archaic, and should be abolished.

"Respect for the judiciary cannot be enhanced through contempt proceedings, i.e., the courts themselves assessing whether allegations of impropriety against the judiciary are justified.

"What is at stake is freedom of speech. It is our right to speak out on matters of public interest and judges and their judgments should not be shielded from criticisms," he tweeted.

Lawyers for Liberty (LFL) advisor N Surendran said a fine would have been sufficient in Arun's (above) case.

"Imprisonment for contempt should be imposed only in the most serious cases. More so, since there is no right of appeal from the sentence," he tweeted.

Another lawyer, K Shanmuga, pointed out that no lawyer had been jailed for such an offence during the BN administration.

“Has a lawyer in 'Malaysia lama' (old Malaysia) ever been sent to prison for the archaic offence of 'scandalising the judiciary' because of a critique of a court judgment?

"'Malaysia Baru' keeps letting me down," he added in a Twitter posting, which was retweeted by LFL executive director Latheefa Koya.

Earlier, the Federal Court had slapped Arun with a 30-day prison sentence and RM40,000 fine for making contemptuous statements online.

His offending statements were in relation to the Federal Court expunging a dissenting judgment by Court of Appeal judge Hamid Sultan Abu Backer in the case of Leap Modulation Sdn Bhd vs PCP Construction Sdn Bhd.

Justice Ramly Ali, who led a five-member panel, held that Arun's statements undermined public confidence in the judiciary, ridiculed, scandalised and offended the dignity, integrity and impartiality of the court.

The court also dismissed Arun's application for a stay of execution of the ruling.

Last week, Arun's father Kasi Arunachalam Chettiar, 78, penned an open letter to Prime Minister Dr Mahathir Mohamad stating that he would embark on a fast outside Parliament until justice prevailed.

He also urged for the release of the court transcript to establish if Attorney-General Tommy Thomas has followed the rule of law in the case.