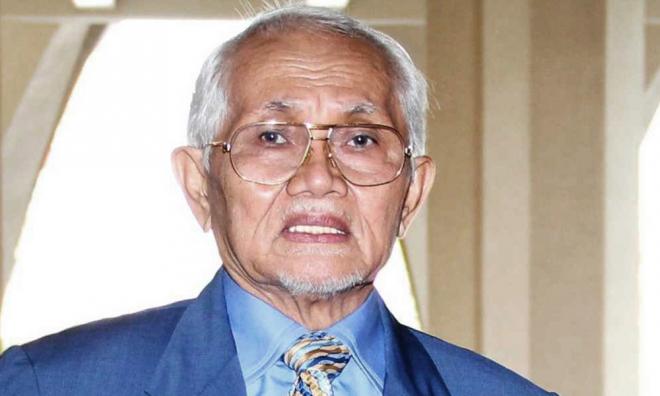 The Sarawak governor’s office has reiterated that the MACC has exonerated Abdul Taib Mahmud from any wrongdoing, in the wake of the latter being linked by an environmental activist group to an allegedly illegal land-clearing operation just outside Mulu National Park.

The top graftbuster had said there was no case against Taib, due to lack of evidence regarding his involvement in the decision-making process.

In a statement to Malaysiakini today, Jameson said the position of the Sarawak governor "is an apolitical appointment, which should be above politics or public debate".

“The current Governor of Sarawak, His Excellency Abdul Taib Mahmud was first appointed on March 1, 2014 for a four-year term. His term was renewed for another four-year term in February 2018.

“It is unethical, to say the least, that Abdul Taib is still being linked to the so-called dubious projects in Sarawak.

“Abdul Taib had already been cleared of all criminal wrongdoings by MACC. Does Bruno Manser Fund ignore the findings of MACC?”

Jameson was responding to a report released by the Swiss-based Bruno Manser Fund (BMF) on Tuesday, which alleged multiple breaches by an oil palm plantation company which it linked to members of the Taib family and their associates.

Among others, the BMF report titled “The Mulu Land Grab” claimed that the oil palm company in question had failed to respect the native customary rights of the local Penan and Berawan/Termin communities.

The report also claimed that the company felled 30,000 cubic metres of timber worth US$10,000 beginning late last year without a proper timber extraction licence, near the Unesco-protected Mulu National Park.

It added the company also failed to comply with the terms of the lease, which was granted in 2008, to start planting oil palm within two years.

BMF said the report is based on its fact-finding mission to the affected area early this year.

It is unclear whether the land-clearing operation being highlighted by BMF was part of MACC's investigations into Taib, a former Sarawak chief minister from 1981 to 2014.

However, Jameson claimed that photographic evidence presented by BMF is “outdated” and said BMF has “no respect for the truth”.

“It is not worth commenting. The photograph may look new, but it is an outdated shot,” he said.

He also reiterated that the late Sarawak chief minister Adenan Satem had said on May 4, 2015, that there would be no more land developed for oil palm plantations.

Instead of fighting EU on palm oil, Putrajaya should clean up S'wak: BMF
8 May 2019
Logging picking up pace despite coming under Putrajaya radar
22 Feb 2019
Kok disturbed by oil palm plantation near Mulu National Park
21 Feb 2019
NGO calls for halt on logging near Mulu national park
14 Feb 2019