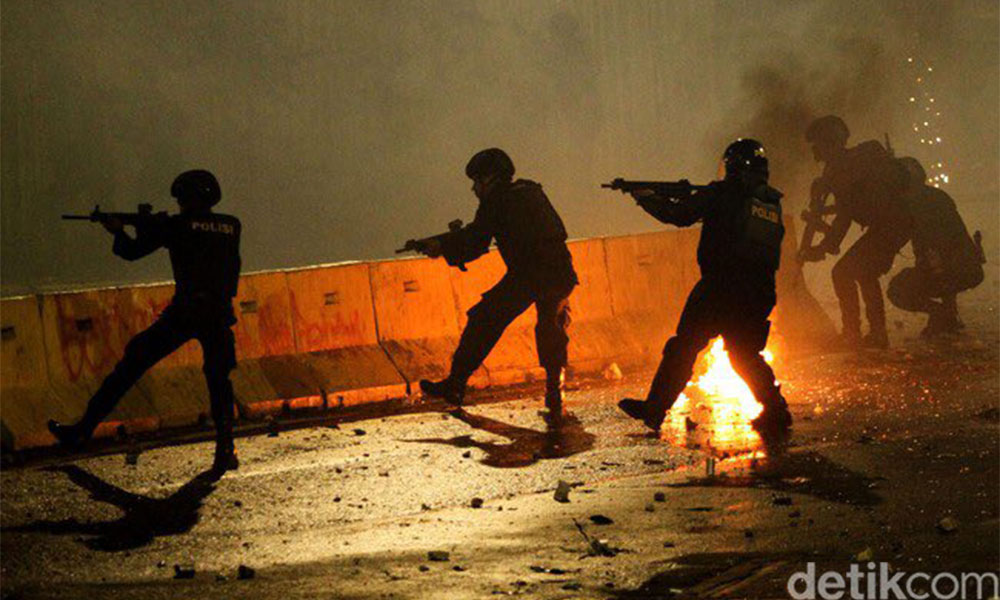 No Malaysians were involved in the post-election riots in Jakarta, Foreign Minister Saifuddin Abdullah said.

He gave an assurance that the ministry would keep abreast of developments there, as a precautionary measure.

"At the moment, the government does not plan to bring back Malaysians who are still there, but we will keep up with the developments.

"We hope the situation will stabilise and return to normal," he told reporters after attending the Pahang Muafakat Movers Association buka puasa event yesterday.

Saifuddin also advised Malaysians in Indonesia to heed the advice from authorities and not attend mass rallies at Tanah Abang, Tamrin, Sabang and Menteng.

The media earlier reported seven people were killed and 200 injured in the protests against the announcement of the presidential election results on Tuesday, with incumbent President Joko Widodo (Jokowi) proclaimed as the winner.

Previously, more than 500 election staff were reported to have died due to 'exhaustion' and heart attacks while carrying out their duties. This large figure has led lawmakers to call for a probe into election practices.

Indonesia
riots
Saifuddin Abdullah
Related Reports
Prabowo refuses to concede defeat in Indonesian election
a year ago
What M'sia can learn from the Indonesian riots
a year ago
Jokowi declared winner of Indonesian presidential elections
a year ago
Indonesia should probe deaths of election staff, says parliament deputy
a year ago