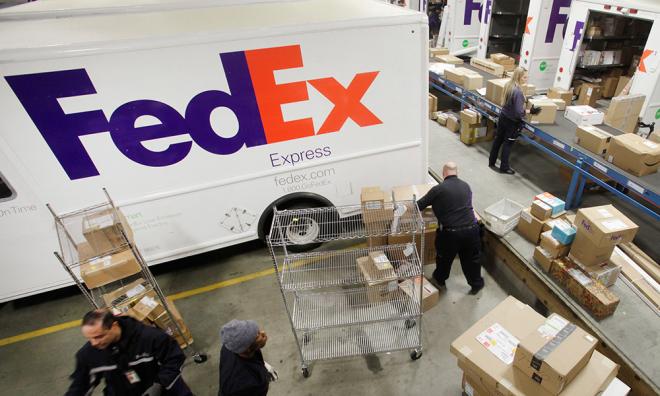 Chinese telecoms equipment maker Huawei is reviewing its relationship with FedEx Corp after it claimed the US package delivery company, without detailed explanation, diverted two parcels destined for Huawei addresses in Asia to the United States and attempted to reroute two others.

Huawei told Reuters on Friday that FedEx diverted two packages sent from Japan and addressed to Huawei in China to the United States, and attempted to divert two more packages sent from Vietnam to Huawei offices elsewhere in Asia, all without authorization, providing images of FedEx tracking records.

Reuters could not verify the authenticity of the records. Shown the images of the tracking records, FedEx declined to make any comment, saying company policy prevented it from disclosing customer information.

Huawei said the four packages only contained documents and “no technology,” which Reuters was unable to independently confirm.

Huawei declined to elaborate on why it thought the packages were diverted. Reuters was given no evidence the incident was related to the US government’s move to place Huawei and its affiliates on a trade blacklist in mid-May, effectively banning US firms from doing business with them on security grounds.

“The recent experiences where important commercial documents sent via FedEx were not delivered to their destination, and instead were either diverted to, or were requested to be diverted to, FedEx in the United States, undermines our confidence,” Joe Kelly, a spokesman for Huawei, told Reuters.

“We will now have to review our logistics and document delivery support requirements as a direct result of these incidents,” the spokesman said.

Huawei acknowledged to Reuters that one package originating in Vietnam was received by Friday, and the other was on its way, according to FedEx tracking records provided by Huawei.

FedEx spokeswoman Maury Donahue told Reuters the packages were “misrouted in error” and that FedEx was not requested to divert them by any other party.

“This is an isolated issue limited to a very small number of packages,” said FedEx, referring to the four parcels affected. “We are aware of all shipments at issue and are working directly with our customers to return the packages to their possession.”

The US Department of Commerce did not reply to a request for comment on whether the incident might be related to its move on May 16 to add Huawei to the so-called “Entity List,” preventing it buying certain items from US companies without US government approval.

The United States believes Huawei, the world’s largest telecom network gear maker leading the way in creating the next generation of wireless networks known as 5G, is a potential espionage threat because of its close ties with the Chinese government.

Huawei has repeatedly denied it is controlled by the Chinese government, military or intelligence services.

The issue has become a flashpoint in an escalating trade battle between the world’s two biggest economies.

The two packages sent on May 19 and May 20 from Tokyo, intended for Huawei in China, ended up in Memphis, Tennessee, the headquarters of the US company, by May 23, according to images of FedEx tracking records shown to Reuters by Huawei.

According to FedEx’s website, the status “exception” means an unexpected event is preventing delivery of a package, for example a customs delay, a holiday, or no one being available to accept delivery. FedEx declined to give details on what the exception was in this case.

According to Huawei, a FedEx customer service representative in Vietnam replied to their inquiry on May 22 when two expected packages did not arrive on time, saying: “Please be informed that FDX SG received notification from FDX US to hold and return the package to US. Hence, the shipment is not deliver (sic) to consignee and now being hold (sic) at FDX station and under process to RTS it (return to sender),” the representative wrote in broken English, according to an email Huawei showed to Reuters.

Huawei told Reuters it only learned that the Japan-originated packages, which were sent by suppliers that it did not identify, had been diverted to the United States after checking FedEx’s tracking record.

The company said it has lodged a formal complaint with China’s postal regulator, which it said is investigating the incident. China’s State Postal Bureau did not return a request for comment.

Huawei vs the US
27 May 2019
China denounces US "rumours" about Huawei ties to Beijing
24 May 2019
Huawei: China calls for fair business environment for its companies
23 May 2019
US eases some restrictions on China's Huawei to keep networks operating
21 May 2019