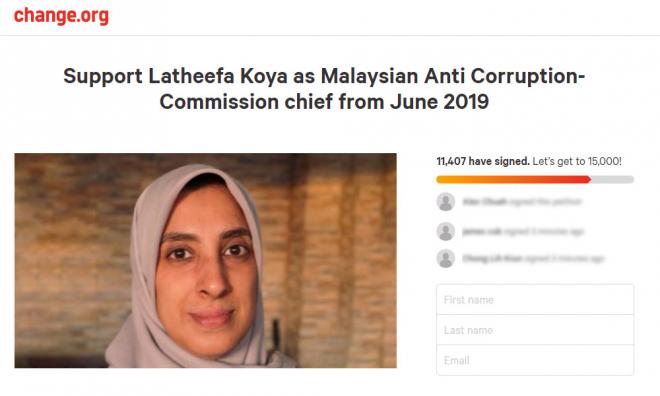 Two Change.org petitions in support of Latheefa Koya as the new MACC chief commissioner have pulled well ahead of another seeking her resignation.

Latheefa's appointment as the chief commissioner of MACC has courted controversy, mostly on grounds that she was a long-time member of PKR.

Other detractors, such as Nik Nazmi, Tan and PKR president Anwar Ibrahim, said the appointment violates Harapan's promise for oversight on major appointments.

Legally, the prime minister has absolute discretion to advise the Yang di-Pertuan Agong on most major appointments, such as the heads of commissions.

The prime minister has made many important appointments over the past year without any protest until Latheefa was picked to head the MACC last Tuesday.