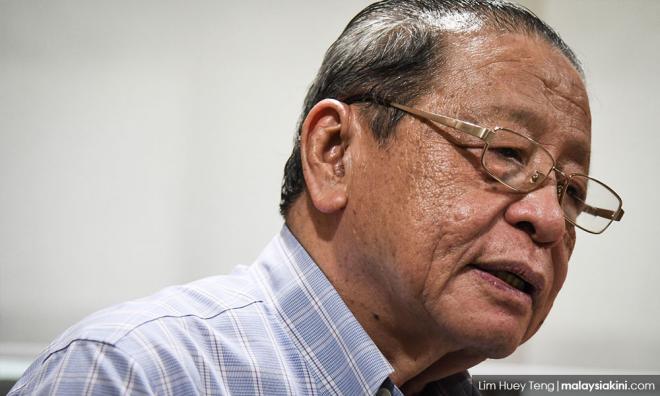 However, he said, the move violates Promise 14 of Harapan's GE14 election manifesto since it was not validated by Parliament.

"Those who protested that Latheefa's appointment as MACC chief violated the spirit of the pledge in Harapan manifesto are not wrong...

"I am sure that if Latheefa had not been the person involved in the present controversy, she would be in the very forefront of the ruckus criticising any appointment of MACC chief in a similar fashion as her present appointment.

"In fact, going by this logic, the appointment of Mohd Shukri Abdull on May 18, 2018, would have violated Promise 14 of the Harapan manifesto," added Lim.

Although some critics argued that the appointment should have been validated by the Parliamentary Select Committee on Major Appointments, its terms of reference show that it only had an oversight role.

Lim pointed out that neither Shukri nor Latheefa's (photo) appointment could be validated by Parliament simply because the necessary constitutional arrangements are not in place.

"This created the invidious situation where the prime minister is constitutionally correct, but politically wrong to exercise his sole prerogative to appoint Latheefa as MACC chief," he said.

In view of the defeat in April of the Constitutional Amendment Bill in Parliament on Sabah and Sarawak's status, Lim said it is no easy task to make legal and constitutional changes.

"Will the parliamentary opposition leader and opposition parties support constitutional amendments to implement Promise 14 of the Harapan manifesto?" he asked.

Meanwhile, Lim said Latheefa's greatest test would be whether she could "bring to justice the sharks" in the war against corruption.

"We want the New Malaysia vision of Harapan to succeed – which means we want Latheefa to succeed in making Malaysia a corruption-free Malaysia," he said.