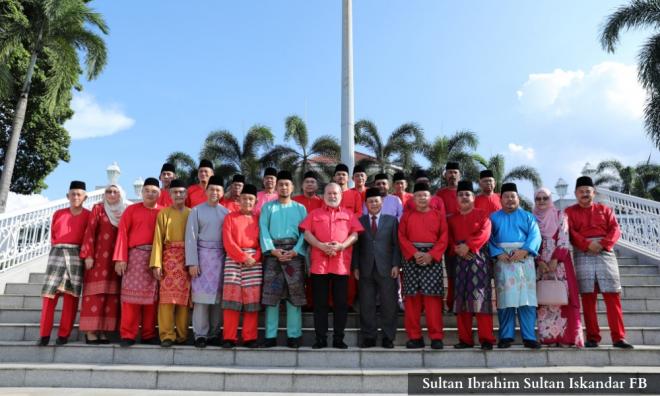 However, notably absent from the meeting was Johor Bersatu chief Mazlan Bujang.

An Umno leader who attended the event had said the invitation for the opposition party leaders was "unprecedented".

While Sultan Ibrahim had also met with the Johor exco comprising Pakatan Harapan leaders on the same day, the ruling coalition leaders at the time said they were unaware of any invitation specifically for the party leadership.

The meeting with the Bersatu division chiefs today would be the first Hari Raya gathering by a Harapan component at the party level with the Johor monarch.

The meeting today was led by Sahruddin, who yesterday announced that Sultan Ibrahim had consented to the meeting.

After Osman resigned as menteri besar, Mazlan, an exco at the time, was dropped from the state government along with DAP's Tan Hong Pin.

The duo had apparently courted the Johor monarch's displeasure.

The exco line-up reshuffle was a condition set by Sultan Ibrahim to consent to Sahruddin's appointment as the new menteri besar.