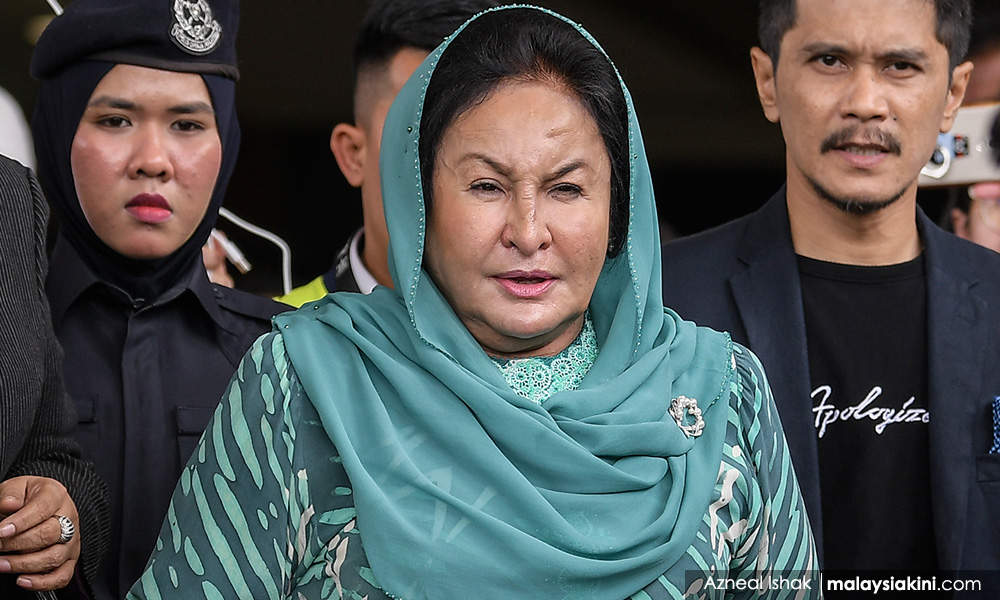 The High Court in Kuala Lumpur today fixed July 26 to hear Rosmah Mansor's application for stay of a decision ordering her to declare her property.

Justice Mohamed Zaini Mazlan set the date after Rosmah's counsel, Geethan Ram Vincent told the court that he had filed an appeal against the order, which would become academic should the latter be executed.

Meanwhile, the Court of Appeal has not set a date to hear the appeal.

The judge also ordered all parties to file their written submissions before July 12.

He also granted counsel K Kumaraendran's request for Rosmah, 67, the wife of former prime minister Najib Abdul Razak, to be exempted from being present in court today.

On May 24, Zaini rejected Rosmah's application to set aside a prosecution notice compelling her to declare property that she acquired between Jan 1, 2009 and Dec 31, 2017.

The judge asserted that the notice was to assist the prosecution in identifying assets that were suspected to have been acquired via money laundering.

On Oct 4, 2018, Rosmah claimed trial to 12 counts of money laundering involving RM7,097,750, under Section 4(1)(a) of the Anti-Money Laundering, Anti-Terrorism Financing and Proceeds of Unlawful Activities Act 2001, punishable under Section 4(1) of the same act.

If convicted, she faces maximum jail of 15 years and a fine of not less than five times the amount involved, or RM5 million, whichever is higher, on each count.

She is further accused of five charges of failing to declare her income to the Inland Revenue Board (IRB) for assessment years 2013 until 2017 without reasonable excuse, under Section 77(1) of the Income Tax Act 1967.

She allegedly committed the offences at the IRB, Kompleks Bangunan Kerajaan, Jalan Tuanku Abdul Halim, between May 1, 2014 and May 1, 2018.

Rosmah Mansor
asset declaration
Related Reports
Rosmah's appeal adjourned as she is unwell
a year ago
High Court rules that Rosmah must declare property acquisition
a year ago
Application on joint hearing for Rosmah, Rizal fixed on May 24
a year ago
Putrajaya, police file forfeiture suits against Najib and Rosmah
a year ago