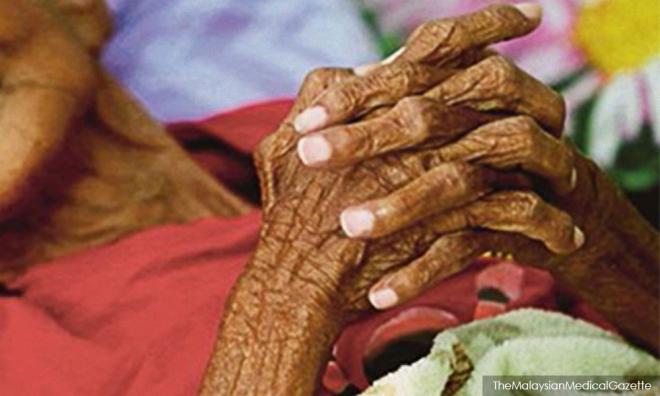 Former employees of a nursing home for seniors have claimed that a Facebook video showing an elderly resident being taunted by a supervisor was a true depiction of what has been happening at the home for about three years.

The four former workers, aged between 22 and 26, also said that allegations about the elderly being forced to drink urine, eat chillies and being given more than the prescribed sleeping pills, were all true as they had witnessed similar incidents before.

One of them, who only wanted to be known as Faizal, said the residents had been physically abused and if they caused problems, they would be deprived of food.

"Some residents had complained to their children,” he told reporters at a press conference here yesterday.

Meanwhile, Dila, another former worker, said she was speaking up out of concern for the elderly residents in the nursing home located in Seremban 3, Negri Sembilan.

“I tried to talk to the supervisor and was civil about it, but she ignored me,” added the 24-year-old.

The former employees have since lodged a report with the Seremban 2 police headquarters.

Meanwhile, the nursing home’s owner, Azein Shaala, 49, denied the allegations, saying that she had lodged a police report.

The home, she said, has been in operation for the last six years and currently has 12 residents.

Meanwhile, the Negeri Sembilan Social Welfare Department (JKM) is conducting an investigation into the incident.

"Appropriate enforcement action will be taken if the centre does not comply with the provisions of the Care Centres Act 1993," she said in a statement released in Seremban yesterday.

Tan also thanked members of the public for showing concern on issues affecting the welfare of the community.