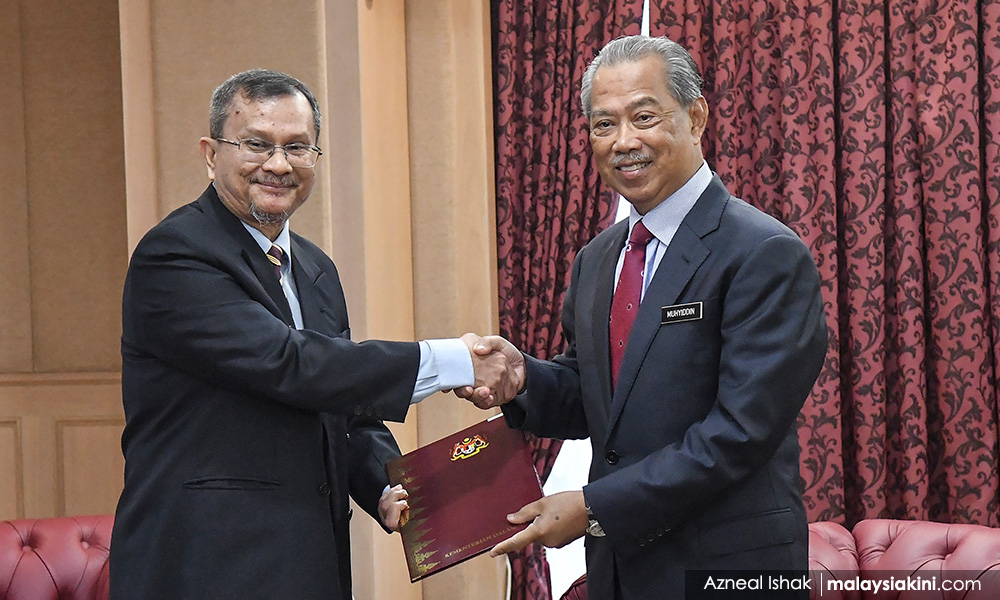 Ex-judge heads probe into Koh, Amri disappearances, and 7 other things that happened yesterday

1. Home Minister Muhyiddin Yassin announced the composition of a special task force to reinvestigate the alleged enforced disappearances of pastor Raymond Koh and activist Amri Che Mat. It is to be headed by former High Court judge Abdul Rahim Uda.

2. The source of the toxic fumes that affected schoolchildren in Pasir Gudang has yet to be determined, Energy, Science, Technology, Environment and Climate Change Minister Yeo Bee Yin said. She said the Chemistry Department has carried out a number of tests to identify the chemicals, but there were no conclusive results yet.

3. MTUC president Abdul Halim Mansor said his trades union congress and employers federation MEF voted against the International Labour Organisation's convention on sexual harassment and violence because the LGBT (Lesbian, Gay, Bisexual and Transgender) group had been mentioned in the preamble to the clause.

5. Deputy IGP Mazlan Mansor said there was no need to open a new probe every time another sex video regarding the same case was released. Mazlan said this after another new sex video was uploaded on YouTube while a nine-minute-plus full version was uploaded to a pornography site.

6. Police detained a lawyer following a report accusing him of groping another lawyer and threatening the alleged victim after she warned him not to misbehave.

7. Malacca's Putra Specialist Hospital chief executive Chong May Lee has denied an accusation that ethnic cleansing was being carried out and cronies were being planted in the hospital, which is owned by the state government, saying it was "defamation and not true".

8. Penang Chief Minister Chow Kon Yeow called for action to be taken against those responsible for the death of four workers in a landslide along the Tanjung Bungah-Batu Feringghi road on Tuesday.

kiniroundup
Related Reports
Possible conflict of interest, no diversity - families slam task force composition
a year ago
Dr M recalls colonial era, says freedom not a given
a year ago
FGV rebuts US petition claiming plantations use child labour
a year ago
Water disruptions in Petaling, Hulu Langat, Kuala Langat from 9pm onwards
a year ago