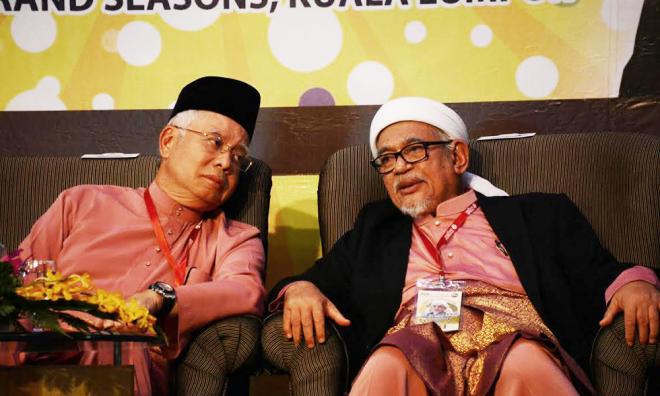 Yoursay: PAS and Umno are stuck in the past

YOURSAY | ‘The idea that Umno and PAS do not need support of non-Malays and moderate Malays is nonsense.’

David Dass: PAS under Abdul Hadi Awang has been taken on an extreme path rejecting the politics of racial and religious inclusion.

Hadi combines racial nationalism (or racism) with religious conservatism (or extremism). This way, he ignores a need for the non-Malay votes and even perhaps the votes of Sabah and Sarawak. Furthermore, not all Malays support such extreme politics.

Umno - leaderless and rudderless - has chosen to follow PAS. This way, they move away from their traditional path of moderation and abandon MCA and MIC.

Umno needs PAS and therefore becomes PAS. PAS will have it no other way. None of the PAS-controlled states has shown the Islamic party’s ability to govern effectively.

The contest to gain control over the Malay heartland remains the same. That is through education and employment.

PAS wants education that emphasises religious subjects over traditional core subjects. PAS would rather not have English-language proficiency as that provides a pathway to Western liberalism.

But good education means well-paying jobs. And many "Kelantanese" have left Kelantan in search of jobs going as far as Singapore.

PAS and Umno are stuck in the past. And Umno struggles to defend past leaders faced with a legion of charges and past policies that do not really work anymore. The future is now and many Malaysians want to move beyond race and religion.

Hopefully, Prime Minister Dr Mahathir Mohamad (and PM-in-waiting Anwar Ibrahim) can lead Pakatan Harapan to fulfil the promised reforms and move Malaysia on a more inclusive path where the energy and talent of all are harnessed for the benefit of all.


The idea that Umno and PAS do not need the support of non-Malays and moderate Malays is nonsense. But there must be clarity in the vision of Harapan.

AnotherKomentar: A prescient observation by Malaysiakini columnist Bridget Welsh. PAS is in for the long game.

Malay-Muslim conservatives would eventually embrace them, especially as Umno loses its appeal among the Malays. In Sabah and Sarawak though, PAS’ long game does not work.

Anonymous_1421806811: It is a shame that after sacking the "Erdogans" from the party, PAS under Hadi has embraced religious nationalism.

PAS could have learned from the Turkish Ottomans "Tanzimat" reforms of the 19th century and use religion as a platform to move society forward. PAS would even become a model for the Islamic cause worldwide.

Unfortunately, the recent rhetoric in its 65th muktamar only proves PAS is using Islam as a tool to achieve political goals and to create a society where the "holy" state stands far above the people instead of serving them.

PAS ideology is definitely not a model for Muslims to emulate but to avoid.

Anonymous_1538808416: Mahathir, your statement is misleading. It seems you are asking for an extension of time, but you put it in a context that confuses people.

In fact, this is not the first time because last year you told the press that you would stay on as long as people wanted you to, making people think that you looked set to break your promise soon after you took power.

Just stick to the promise, but quickly put up a mechanism that if a future PM fails to perform or is corrupt, he or she could be removed from office democratically, as opposed to what happened during Najib Abdul Razak's term in office where it was impossible to remove him except through the ballot box, which took a very long time.

I wonder why not? Does Mahathir have a different plan? He can't just say... he has to set a date and work towards a proper transition.

He has set into motion many corrective measures. It’s time for him to hand over the reins and be a senior adviser to the government if he wants to.

Open Mind: Mahathir should honour his promise to hand over the reins to Anwar, irrespective of the state of the country’s debt or economy.

Anwar should have a chance to prove his worth and capability before GE15.

Idiocracy: What Anwar needs to prove is that he’s in control of PKR. If PKR is a mess, Anwar cannot become prime minister.

Anwar has learned to be patient in prison. Not holding any cabinet position was a smart move to consolidate his power in Harapan and distance himself from any blame from failures in the current administration.

Anwar has "paid" for his sins. Najib and all the rest have not paid with a single day in prison for their past sins. So Anwar, more than anyone, deserves a second chance.

Nagu: Mahathir is stubborn. If he was for a smooth, orderly transition, he should say "I will hand over the reins to Anwar on such and such a date", get him into the government and plan a smooth transition.

With all these silly games and uncertainty, if something were to happen to Mahathir, it will be a free-for-all.

Mohd Isnin: Najib was right. This man (Mahathir) will go back and forth with his timeline, and cause the rakyat to lose faith in Harapan. He has not shown any inclination to really reform the nation.