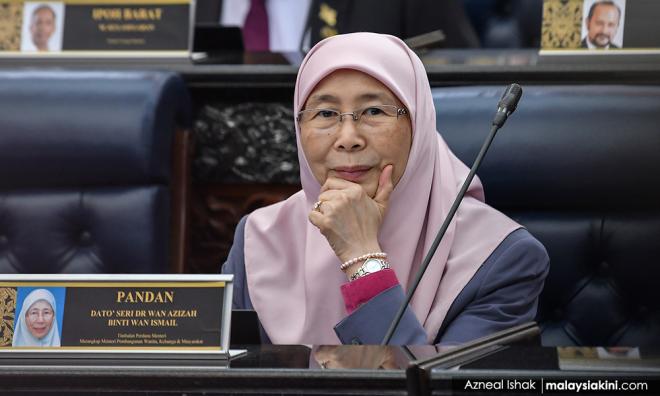 DPM: Employment of refugees not at expense of M'sians

PARLIAMENT | Dr Wan Azizah Wan Ismail today gave assurance that any approval for refugees to work in the country will not be made at the expense of Malaysians.

The deputy prime minister said the government wants refugees to be employed to sustain their lives, but that should not undermine the interests of locals.

"We want them to work, but there are ways in which they can work in Malaysia without jeopardising the employment opportunities of Malaysians.

"It will also be determined whether they are really refugees (holders of UN High Commissioner for Refugeescards), and not economic refugees,” she said in reply to an oral question in the Dewan Rakyat.

Wan Azizah was answering a supplementary question from Ahmad Tarmizi Sulaiman (PAS-Sik) who had wanted to know whether the government is prepared to allow refugees to work in the country.

She said that a pilot project is currently ongoing to allow Rohingya UNHCR card-holders to work and the government is studying whether to maintain or amend it.

"We have a pilot project on employment in the plantation sector, at Sime Darby Plantation Bhd, but there is a problem because the Rohingya are not suitable for this type of job.

"In the manufacturing sector, at Gardenia Bakeries, less than 100 are employed,” she said.

Wan Azizah acknowledged that there have been cases of the UNHCR card being abused, citing it as an excuse when detained by the enforcement authorities for working illegally.

"When arrested, they show the card and claim immunity,” she said.

She also said that the government is in negotiation with the UNHCR to offer the services of the police and Immigration Department to help refine the registration of refugees now undertaken unilaterally by the UN agency.