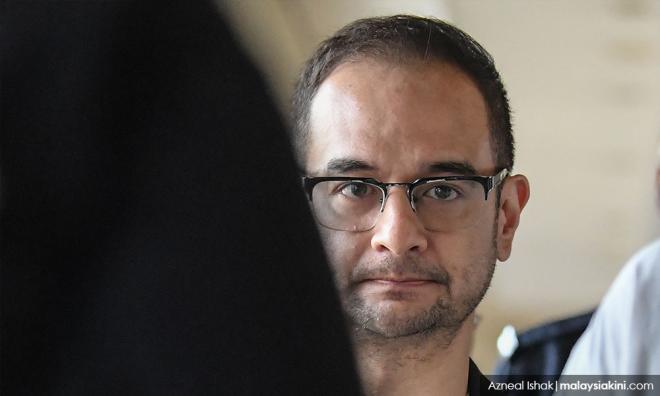 1. Najib Abdul Razak's stepson Riza Aziz has been charged with laundering US$248 million (RM1.03 billion) in 2011 and 2012 from Good Star Ltd's bank accounts. He is free on an RM1 million bond while awaiting trial.

2. Deputy public prosecutor Ahmad Akram Gharib explained that money laundering committed abroad is covered under Malaysian laws and that the settlement between Riza's company (Red Granite) with US authorities is not relevant to charges against him.

3. US ambassador to Malaysia Kamala Shirin Lakhdhir said Low Taek Jho likes to "talk a lot" and should instead prove his innocence either in Malaysian or American courts.

4. Immigration detention centres are housing children, with some placed in the same area as grown men due to overcrowding, lamented child rights activist Hartini Zainuddin.

5. Attorney-general Tommy Thomas has been urged to explain why no charges have been laid against preacher Muhammad Zamri Vinoth Kalimuthu who was arrested in April for making allegedly seditious remarks.

6. PAS president Abdul Hadi Awang said Putrajaya's desire to compel all MPs to declare their assets was rooted in communism and socialism.

7. In response, PKR president Anwar Ibrahim said Hadi should cite the appropriate Marxist text to back this claim.

8. PAS plans to table a private member’s bill to lower the age needed to qualify to run for public office to 18.

9. Statistically, Malaysian Matriculation Programme students stand a much better chance at landing a place at public universities when compared to STPM holders.

10. New MACC chief said that she had always been more of a legal activist than a politician.