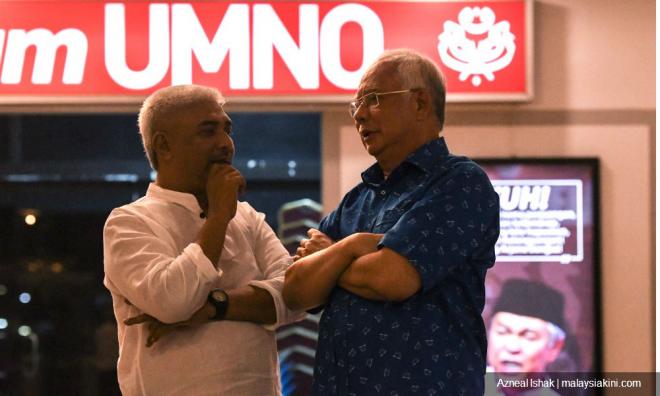 1. The Johor government announced that it would follow Putrajaya’s lead in lowering the age ceiling for one to qualify as “youth”, only to reverse its position to the status quo hours later after receiving “advice”.

2. Former prime minister Najib Abdul Razak has been appointed as chairperson of the BN advisory board.

3. Preacher Wan Ji Wan Hussin had his nine-month jail sentence for sedition enhanced to one year and he was ordered to begin serving his sentence yesterday.

4. PKR president Anwar Ibrahim slammed the jail sentence against Wan Ji as “too harsh”, and politicians and rights groups also joined in condemning the court decision.

5. Police are investigating a Perak executive council member after his domestic worker accused him of raping her, while the swearing-in ceremony for Perak exco members, scheduled for Thursday, has been postponed indefinitely.

6. The MACC said suspects being brought to court for remand proceedings would no longer be required to wear bright orange uniforms, while the use of handcuffs would be limited.

7. Another Orang Asli has died from measles, bringing the total confirmed deaths due to the disease to four since the recent outbreak started.

8. YTL Communications Sdn Bhd issued a point-by-point rebuttal against the Education Ministry’s complaints about its 1BestariNet project. Among others, YTL said it did not commercialise its towers that were used for the project.

9. Deputy Health Minister Dr Lee Boon Chye defended his decision to appoint a transperson to Country Coordinating Mechanism (CCM) for the Global Fund to Fight AIDS, Tuberculosis and Malaria, saying that the rules require representation from “target populations” such as transgender persons.

10. Gerakan said its in-house survey found that support for Pakatan Harapan’s policies is on the decline.