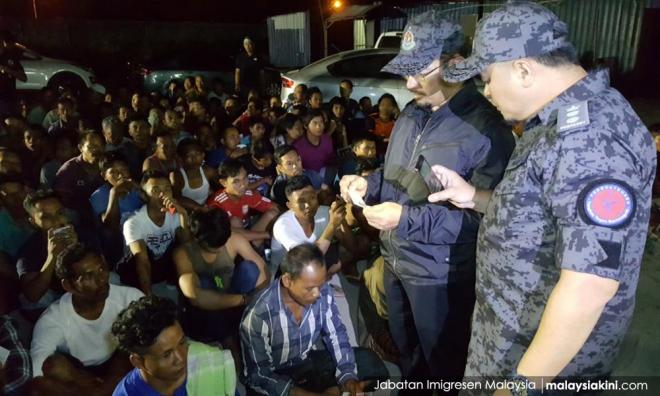 Putrajaya's penchant to reintroduce amnesty programmes for undocumented migrants will only encourage foreigners to enter the country illegally, according to think tank Centre for a Better Tomorrow (Cenbet).

"The government's propensity to keep using this tool over the years has only helped to reinforce the expectation among undocumented workers that there would eventually be a way out for them.

"Worse still, each time the government rolls out this programme, it also said this would be 'the last time'," the think tank's co-president Gan Ping Sieu said in a statement.

Yesterday, Home Minister Muhyiddin Yassin (below) announced the government was embarking on another amnesty programme which will begin on Aug 1 until Dec 31.

Undocumented migrants are required to pay a fine of RM700 and they will be repatriated home. Their embassies will have to bear the cost of their travel.

Last year, the Immigration Department had conducted a similar amnesty programme, and warned a crackdown will follow after it expired.

Gan noted that the latest amnesty programme comes less than a year from the previous one.

"By not keeping to its word about dispensing with the amnesty programme, the Immigration Department is only eroding its own credibility.

"One cannot blame migrant workers for wanting to come to Malaysia without proper documentation and wait out until the next amnesty exercise, given the government's track record.

"Far from resolving the problem of undocumented foreign workers, we are only emboldening them to come and work here without proper documentation in the long-run," he said.

Gan said such a practice is bad governance.

"In the long-run, the government needs to come up with strategies to wean our dependence on cheap foreign labour, including promoting automation and enhancing technological adoption," he said.