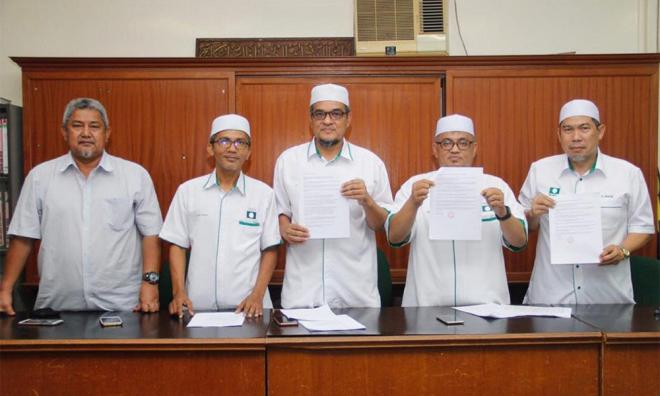 In a statement, Malacca PAS said they had protested against Wan Ji Wan Hussin's speech at the mosque because the preacher's written permission from the authorities was allegedly invalid.

Malacca PAS claimed that Wan Ji's permit to preach in the state only contained the Malacca deputy mufti's signature and not the mufti's.

They also claim that the permit was signed on July 19, which therefore did not fulfil a requirement that such permissions be sought one month in advance of a speaking engagement.

Malacca PAS also suggested there might have been political interference that resulted in the anomaly of Wan Ji's permit while pointing out that Mohd Sofi was the deputy head of the state Islamic Affairs Council (Maim).

Mohd Sofi is also the deputy head of Malacca Amanah. He was formerly a two-term head of the PAS state chapter.

On Sunday, some 50 people had tried to prevent Wan Ji from speaking but were prevented from doing so by the police.

Among other reasons, the protesters - who gathered under the name Gerakan Pembela Ummah - said Wan Ji should not be allowed to speak on grounds that he has been convicted for sedition.

politics
pas
mosque
wan ji wan hussin
Related Reports
Ummah: Don't just blame one side if another mosque standoff happens
a year ago
Wan Ji believes mosque standoff due to criticising PAS
a year ago
Standoff in mosque as group tries to disrupt Wan Ji's sermon
a year ago
Yoursay: After preacher's revelations, time to probe our prisons
a year ago