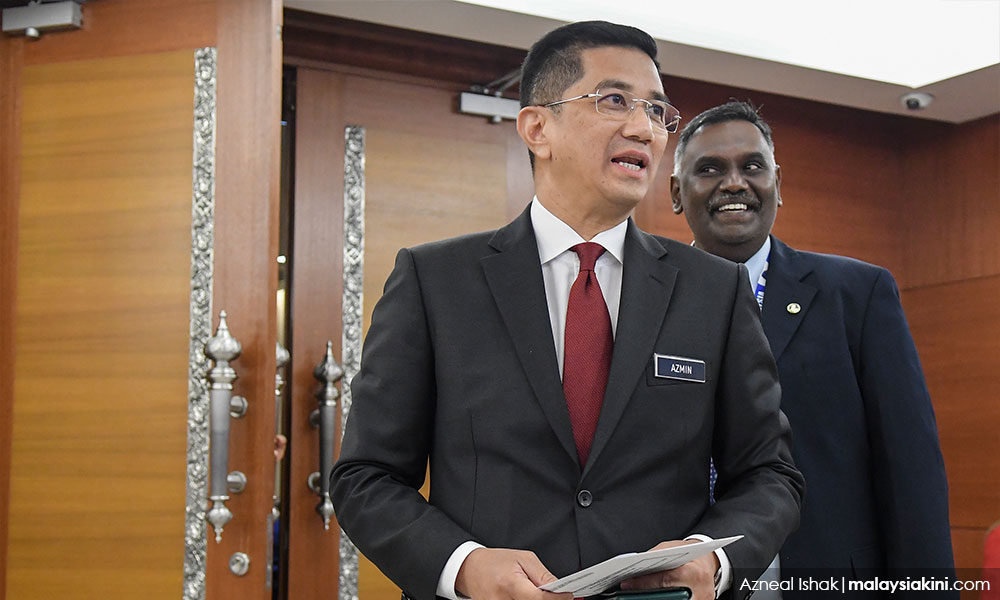 Azmin absent from meetings since November, and 9 news from yesterday

1. After PKR deputy president Mohamed Azmin Ali questioned why he was the only person targeted for absenteeism at key party meetings, checks revealed that he had not attended a single central leadership council or political bureau meeting since being re-elected in November last year.

3. The Penang Development Corporation has come forward to explain allegations that it had diverted dirty water in Prangin Canal as a stopgap measure to clean and beautify its waters.

5. The Shah Alam High Court has ordered the Labour Court to hear the case of an undocumented migrant worker who was supposedly denied wages, saying that the Labour Court had rejected her case prematurely.

6. The Kelantan Umno Veterans deputy chairperson Kamaruddin Abdullah was badly injured after he was attacked by two men while on the way to a mosque.

7. Police have ruled out sabotage as being the cause of water disruptions in the Klang Valley on July 21, saying it could have been due to negligence instead.

8. The group Indira Gandhi Action Team has hired a team of private investigators to track down M Indira Gandhi's ex-husband Muhammad Riduan Abdullah, while the police also pledged to redouble their efforts.

9. Law lecturer Shamsher Singh Thind said it would be difficult for prosecutors to prove that ‘stealthing’ amounts to rape because they would have to show that the perpetrator had never intended to use a condom in the first place.

kini roundup
kiniroundup
Related Reports
State constitution does not recognise customary land - Perak MB
a year ago
PAS to be kingmaker amid Harapan infighting - PSM leader
a year ago
Semporna NRD officer detained for fake documents, rubber stamps
a year ago
Selangor approved 255 Rumah Selangorku projects as of June
a year ago