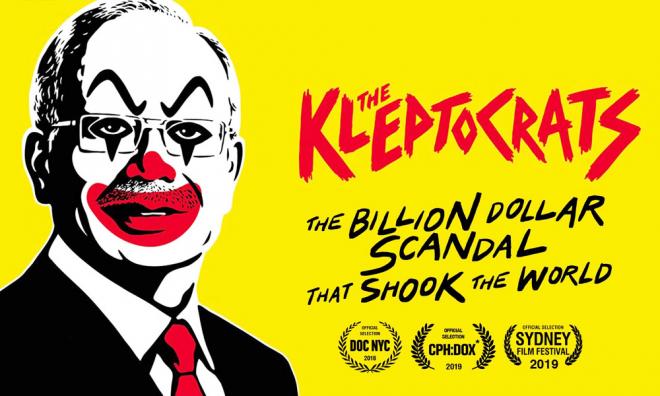 Jho Low's lawyers try to shut down 'The Kleptocrats' film

Lawyers working on behalf of fugitive businessperson Low Taek Jho have purportedly sent letters to a number of distributors and platforms carrying The Kleptocrats, asking for the film to be removed from their catalogues.

According to US media outlet The Hollywood Reporter, the documentary which looks into the 1MDB corruption scandal is due to air on Starz in the USA on Aug 5 and the BBC later this year.

London-based law firm Schillings has accused The Kleptocrats of defaming Low, better known as Jho Low, by claiming he is the central figure in the scandal.

They also allege that the production has infringed copyright in its use of video footage and is potentially prejudicial towards ongoing legal proceedings.

Directed by Havana Marking and Sam Hobkinson, The Kleptocrats centres on Low and his connections with the family of former prime minister Najib Abdul Razak.

Promotional materials for the 86-minute film, which premiered in Kuala Lumpur earlier this year, called it "the first full-length feature documentary about the 1MDB scandal".

It also documents the formation of the production company Red Granite, which was behind the 2013 hit movie The Wolf of Wall Street.

The documentary includes interviews with journalists working on the story as it unravelled, including those from The New York Times and The Wall Street Journal.

The filmmakers have since defended themselves, asserting that the film not only has been vetted by their UK and US counsel but is also covered by its indemnities, thus negating any risk to the distributor.

They believe the letter is simply an attempt at intimidation to silence the film.

“Knowing how passionately Schillings believe in the rule of law and justice I would be surprised if they were not willing to help law enforcement agencies in the United States, Singapore and Malaysia, in any way they can, to locate and bring to justice their client, the fugitive Low, so he can answer for his alleged role in one of the largest financial frauds in history," The Kleptocrats producer Mike Lerner of Roast Beef Productions was quoted as saying.

It was also confirmed in 2018 that actress Michelle Yeoh will produce a film based on the book, together with Crazy Rich Asians production company SK Global and its international label Ivanhoe Pictures.

Sarawak Report editor Clare Rewcastle-Brown had also received similar threats from Schillings over her book, The Sarawak Report: The Inside Story on the 1MDB Expose.