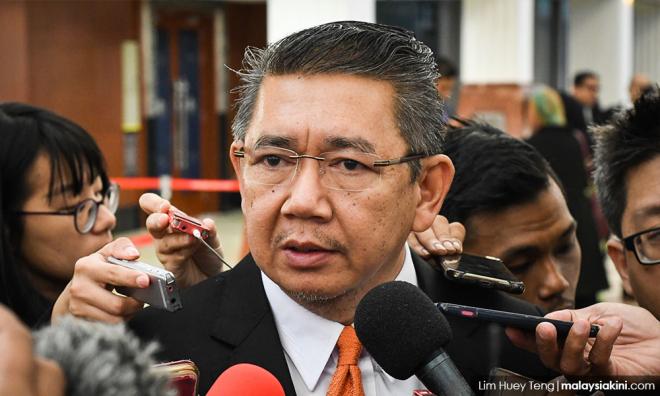 Salahuddin: Aid on the way to northern farmers impacted by freak storm

The Agriculture and Agro-based Ministry has directed officers from its agencies to inspect and asses northern farming areas hit by thunderstorms and strong winds two days ago.

Its minister Salahuddin Ayub said the inspections will be conducted by the Muda Agricultural Development Authority (Mada) and the Perlis, Kedah, Penang, and Perak agriculture offices.

This is to obtain a more comprehensive and detailed report on damages incurred by affected farmers, he said.

“As soon as I resume work on Tuesday, I will have my hands on the reports and then decide what sort of aid can be channelled,” he told reporters when met at the Aidiladha sacrificial ritual programme at the Kempas PPR today.

On Friday, several areas in Langkawi, Alor Setar, and several other parts of the northern region were hit by severe thunderstorms and strong winds.

The Meteorological Department said these were caused by the tail effects of Typhoon Lekima that lashed several regions in China.

Meanwhile, Salahuddin said the takeover of the National Feedlot Corporation (NFC) was almost a done deal, as the government is finalising its agreement with the company that has agreed to fully repay the NFCorp’s outstanding loan to the Finance Ministry.

The loan repayment was part of the conditions set by the government to parties who intend to take over NFC.

Salahuddin said the locally-owned company had expressed its interest for some time, and has so far met ministry officials six times for discussions.

“The company has agreed to repay the loan and we will be meeting them again soon to iron out several other matters, including legal provisions,” he said.

This impending meeting will involve representatives from the Agriculture and Agro-based Ministry and the Attorney-General's Chambers, he said.

“I want this takeover (of NFC) to be expedited so that the new company can continue to develop the project.

"This will be good for the ministry and the people as we want to develop the country's animal livestock industry further,” he said.

NFC was set up with the aim of increasing the country’s local beef production to 30 percent, but the project was hit by controversy during the previous government rule.