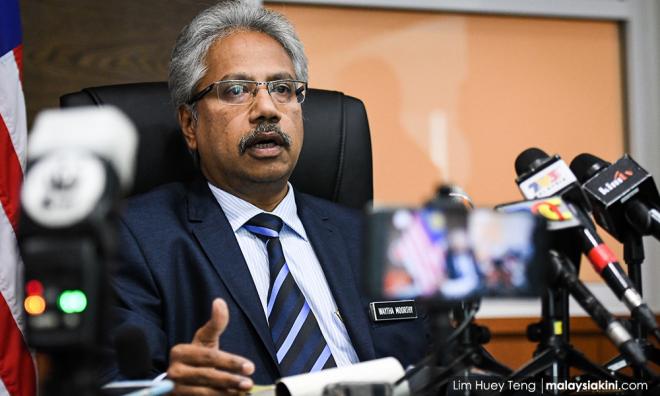 Waytha calls for Indian community to remain calm over Zakir

National Unity and Social Wellbeing Minister P Waythamoorthy (above) has called on the Indian community to keep a cool head over the continued presence in Malaysia of controversial preacher Dr Zakir Naik who challenged the loyalty of the Hindus here.

"There has been so much emotional and convoluted feelings over the last few days amongst the non-Muslim community due to several speeches of Zakir Naik’s during his recent tour in Kelantan which appear to again touch on other religions, their beliefs.

"I feel most Malaysians are protective of their race and religion which is totally acceptable as long as it is not used to create uneasiness by crossing boundaries that can destroy the social fabric of our multi-racial and multi-religious country, said Waythamoorthy in a statement today.

Zakir also went on to make some pointed remarks about Chinese Malaysians, saying that as guests, they should be asked to leave the country first before he is asked to.

Waythamoorthy acknowledged the potential for stirring up conflict but urged Malaysians not to be riled up by Zakir's (photo) remarks.

"Naturally the community was agitated and furious with the belittling of their religion and the questioning of their patriotism towards the country with such a speech from Zakir.

"I understand that many NGOs together with members of the public have lodged various police reports against Zakir which is understandable," he said.

Wathyamoorthy went on to urge the Indian Malaysians to remain calm and have confidence that the police force would conduct their investigation in a fair and just manner.

"As an independent arm of our democratic process they can ascertain whether the freedom given to Zakir Naik has transgressed the laws of the country," he said.

"The current government of the day and the public stakeholders are made of Malaysians from different races and religions. We have lived peacefully for more than six decades since independence and the consultative nature of the public stakeholders has prevailed to ensure that the harmonious growth of our multi-racial community stays paramount."

Waythamoorthy said being a Malaysian in a harmonious nation is about being able to work together with everyone to find common ground and that common ground is our unity in diversity.

"Sabah and Sarawak are exemplary examples where people from various cultures and beliefs live as an integral part of the Malaysian heritage and I strongly wish Peninsular Malaysia will be able to emulate them," he added.

Prime Minister Dr Mahathir Mohamad has said that Malaysia would welcome if other countries would like to accept Zakir.