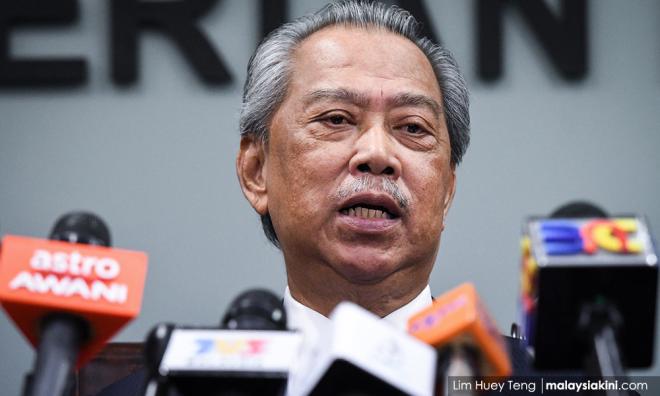 Police will be calling in educationist group Dong Zong, tycoon Koon Yew Yin, and preacher Zakir Naik in for questioning.

Home Minister Muhyiddin Yassin said this is in light of the tendency of various quarters to "spread fake news, and make racist statements lately without considering the sensitivities of Malaysians”.

"Police will be taking stern action on this matter and will call in Dong Zong, Koon, and Zakir for questioning," he said in a statement today.

Muhyiddin said several others have already been questioned and are under police observation, and that further action will be taken, including charges under Section 504 of the Penal Code if there is sufficient evidence.

Section 504 covers insult with intent to provoke a breach of the peace, and is punishable with up to two years’ jail, a fine, or both.

"I wish to remind everyone, including non-Malaysian citizens, that enforcement agencies under my ministry will not hesitate to take legal action against anyone who threatens the harmony and public order of the country," he also said.

Dong Zong had been courting flak from Malay groups over its opposition to the introduction of khat (Jawi calligraphy) in vernacular schools.

The association had taken positively the Education Ministry's latest announcement that khat would only be taught in vernacular schools if parent-teacher associations agree to it, but are holding further consultations before issuing a statement.

Meanwhile, Koon had criticised the armed forces, saying many personnel did nothing except "eating and sleeping". He has since apologised for his remarks.

As for Zakir, the preacher had been under fire for saying that Hindu Malaysians supported the Indian government more than Prime Minister Dr Mahathir Mohamad in regard to his charges in India. He had also made some pointed remarks about Chinese Malaysians, calling them "guests".

Zakir claimed his remarks on Hindu Malaysians were misquoted, but has not responded yet as to his remarks about Chinese Malaysians.

Muhyiddin called on all quarters to stop making statements based on assumptions, and wait for a report from the authorities. This, he said, is to avoid slander and baseless accusations.

He added that the police and the Malaysian Communications and Multimedia Commission are always monitoring statements being made that can cause unrest.

The minister ended his statement by reiterating that Malaysia is a multiracial country, and everyone should respect and celebrate each other's differences.