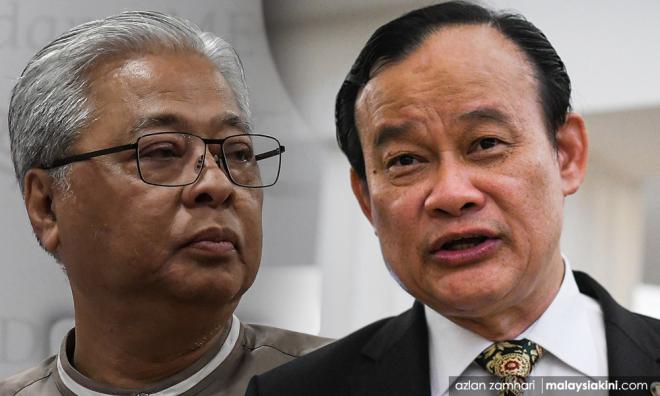 Opposition leader Ismail Sabri Yaakob has torn into DAP's Ngeh Koo Ham for lodging a police report on the eve of the rape case against his party colleague Paul Yong.

"The actions by Ngeh in making a police report (alleging interference with the key complainant) in the rape case are both irresponsible and embarrassing," said Ismail Sabri in a statement today.

Ismail, who is also Bera MP, claimed that it was the victim in the case who deserved protection, not the suspect.

Perak exco member and Tronoh assemblyperson Yong was charged at the Ipoh Sessions Court today with raping an Indonesian domestic worker under his employment at his home on July 7.

Yong pleaded not guilty to the charge and also rejected Perak Menteri Besar Ahmad Faizal Azumu's advice that he go on leave for the duration of the trial.

"The issue here is that the Indonesian victim made a claim of being raped and was in need of defence. All Malaysians should commend the actions of the person who escorted her to the police station to make the report," said Ismail Sabri.

"Is the assemblyperson 'untouchable' because he is from DAP?" he asked,

He claimed that as MP for Beruas, speaker of the Perak assembly and especially as a legal practitioner, Ngeh's action's were contrary to his obligations.

"Is his duty to protect the victim or the prey? Ngeh's actions can be seen as trying to subvert the legal process."

Ismail further said that DAP had claimed to champion the rule of law but now was not respecting it and even going against it.

"Only after that did the police send an investigation paper to the Attorney- General's Chambers for a decision on whether to prosecute or not."

"Since he been charged in court under Section 376 for the Penal Code for rape, it means there is a prima facie case to answer. Justice must be served," said Ismail, adding he hoped no party would feel any pressure because of Ngeh's police report.