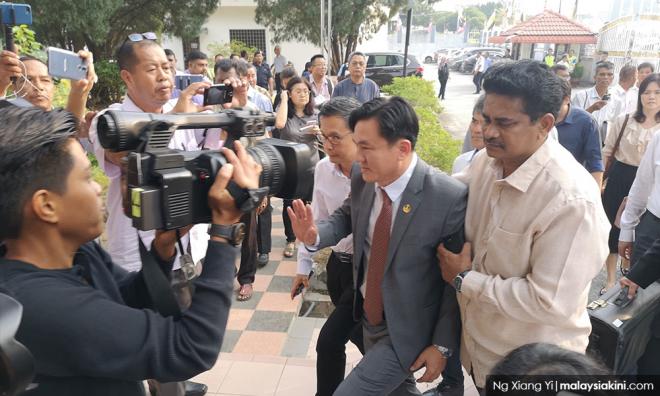 “I am still the state exco member. I represent the people. I have not been convicted,” he retorted when questioned on the matter outside the Ipoh Sessions Court this morning.

Asked if this means he would continue working, Yong replied: “Of course! The people have given me the mandate, I have to serve them. Why should I stop? Why must I go on leave?”

Earlier, the Tronoh assemblyperson claimed trial to a charge under Section 376 of the Penal Code for allegedly raping his former Indonesian domestic worker.

The court allowed the 49-year-old politician bail at RM15,000 with one surety.

Yesterday, Faizal said he was satisfied with Yong's performance as an exco member.

"However, in respect of the legal process, I advised Yong to take a break from his official duties, including not participating in any meetings involving decision-making until the trial is completed," he added.

In his statement, Faizal expressed his hope that Yong's family, especially his wife and children, would remain patient during this time.

Yong was accused of committing the crime at his home on July 7.

He claimed that he was framed.

Yesterday, Perak state speaker Ngeh Koo Ham filed a police report, claiming that the man who took the domestic worker to lodge a police report had received RM100,000 and was threatened by a gun-wielding man not to reveal this.

Meanwhile, Astro Awani cited an Indonesian consulate representative Shabda Tian as saying the victim was ready to testify in court.