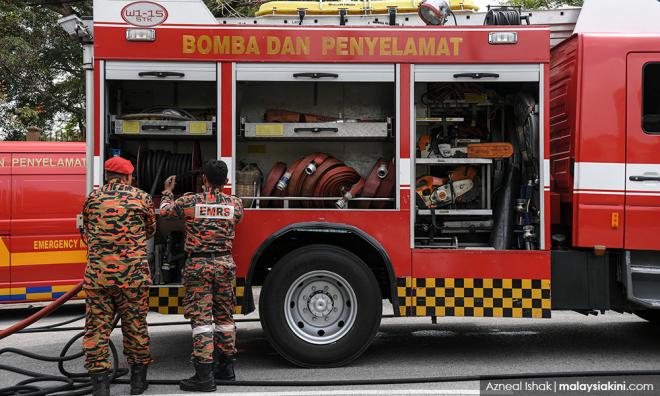 About 2.4 hectares of forest land near the Legoland Theme Park and a hotel, in Iskandar Puteri, near Johor Bharu, caught fire yesterday afternoon.

"Six firefighters with an engine have been trying to extinguish the fire since yesterday afternoon with the help of emergency response teams from Legoland and Medini," he said in a statement.

Ahmad Nazran said the cause of the fire and amount of losses incurred were still under investigation.

Meanwhile, about 16 hectares of forest land at Jalan Tanjung Kupang, Kampung Pekajang, Gelang Patah, has been engulfed in flames for the past two days.

“The Johor State Operations Centre received a fire emergency call via the MERS 999 hotline at 11.45 am, two days ago (Wednesday), and we despatched an officer and six personnel on a fire engine from the Iskandar Puteri Fire and Rescue Station to put out the fire.

"Initially, the fire affected only four hectares of forest land, but to date, the fire has spread to 16 hectares," he said in a statement.

R Saiful Iswandy said a trench was currently being dug to prevent the fire from spreading further.

No casualties have been reported so far, while the cause of the fire was under investigation, he added.

Meanwhile, Johor exco in charge of housing, communications and multimedia Dzulkefly Ahmad said the fire situation was under control, and there was no need for locals to worry or panic.