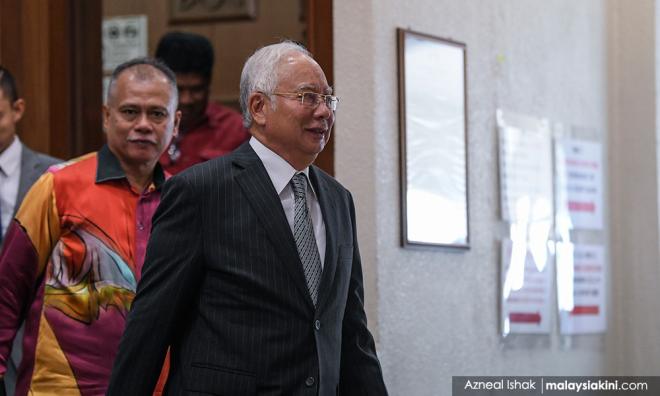 Prosecution rests case in SRC trial, and 9 news from yesterday

1. The prosecution has rested its case in the SRC International trial against former prime minister Najib Abdul Razak. Najib will find out on Nov 11 whether he has to answer the charges against him.

2. The prime minister's economic advisor, Muhammed Abdul Khalid, said the Ministry of Economic Affair’s yardstick for poverty is outdated and unrealistic, while Kedah Menteri Besar Mukhriz Mahathir said it is better to raise the poverty line than to refuse to acknowledge the problem.

3. Some 10,000 e-hailing motorcyclists threatened to protest outside Malaysia’s embassy in Jakarta after Malaysian taxi firm founder Shamsubahrin Ismail allegedly described Gojek as a service “only for poor people like in Jakarta, Thailand, India and Cambodia”.

4. Despite a new law allowing those above 18 years old to be automatically registered as voters, Election Commission deputy chairperson Azmi Sharom said it would take two years to implement the new measure.

5. A pressure group has been relaunched to urge the government to consider signing the Rome Statute again.

7. The group Sisters in Islam has failed to set aside Selangor religious authorities’ fatwa declaring the group as “deviant”.

8. The Inland Revenue Board denied a viral claim regarding taxpayer data according to race, saying that it does not record tax collection data based on race.

9. Mukhriz downplayed his role in helping Tanjung Tiara Sdn Bhd obtain logging rights in Sarawak, saying he was merely helping a friend and did not derive much benefit from it.

10. The government is considering social work such as cleaning toilets, collecting rubbish, and cutting grass, as punishment for those who run afoul with the ban on smoking in public.