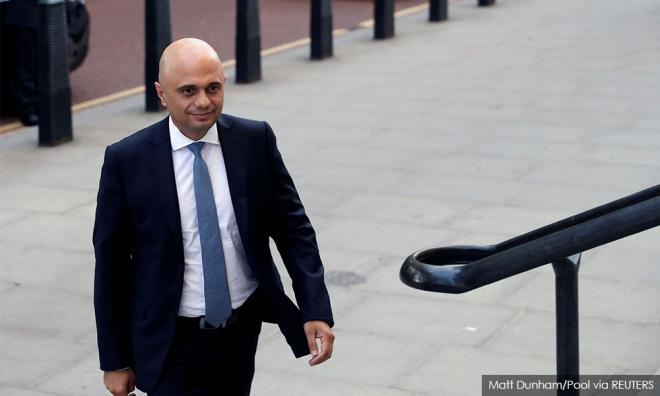 Britain’s finance minister Sajid Javid on Saturday he had a “fantastic” relationship with Boris Johnson after reports of a furious argument with the prime minister after the sacking of one of his aides.

British media had reported that Javid was “livid” about the firing of his press aide by Johnson’s top adviser Dominic Cummings, who was looking into whether government officials had helped opponents of the premier’s Brexit plans.

Javid said that though it would be inappropriate to directly discuss personnel issues, his views were “well understood” after the media reports. However, he said he got on well with Johnson.

“The relationship is fantastic with the prime minister,” Javid told BBC radio. “(He’s) someone I’ve always got on with incredibly well, and it’s been a real privilege to work with him so closely.”

Javid would not be drawn on how well he got along with Cummings, but denied assertions by the opposition Labour party that Johnson’s aide was effectively running the Treasury.

“The Labour party, they’re our opponents and they will say all sorts of nonsense all the time, and I’m used to it,” he said.

Johnson gave Javid the finance portfolio when he came to office in July, and the apparent tensions between Downing Street and the Treasury come at a delicate time.

Johnson has vowed to take Britain out of the European Union with or without a transition deal on Oct. 31, heralding a showdown with parliament, while his government also seeks to outline new domestic priorities.

Javid is due to announce a one-year government spending plan on Wednesday with a focus on more funding for education, health and the police.

Johnson announced details of the rise in schools spending on Friday, while Javid announced 400 million pounds (US$491.08 million) of investment for further education on Saturday. Javid said such moves were a sign of the smooth operation of government, which has a majority of just one in parliament.

“From the moment this new government was formed, how much activity and focus has taken place, just in the last few weeks... That only happens when you have a government that is working well together,” he said.