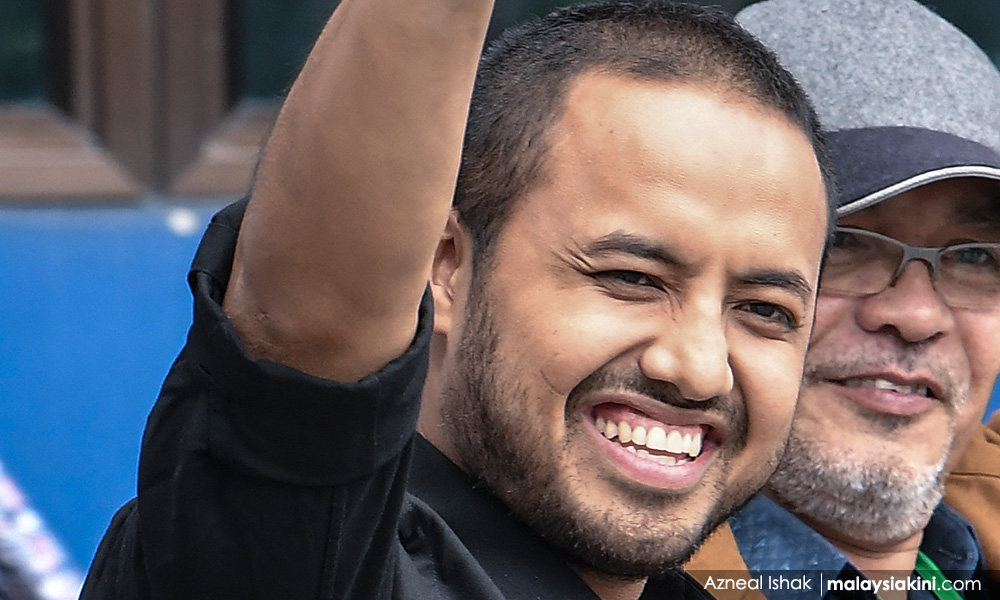 Farhash, who is also PKR president Anwar Ibrahim’s political secretary, was wanted for questioning to assist investigations into the 9pm incident on Aug 31, at the Arena All Stars sports complex in Ampang, Kuala Lumpur.

Even so, Farhash, 37, said it was his brother’s name that was cited in the police report filed by the complainant.

“It has come to my attention of an incident on Aug 31, in Ampang.

“A police report naming my brother was made. However, I am willing to give my full cooperation if needed,” he said in a brief statement today.

Farhash is believed to be referring to the name of a Facebook account holder listed in the police report. The name was included in a message circulated online, purportedly containing the content of the police report lodged on the affair.

Farhash did not state if or when he would be meeting with the police. Malaysiakini has not been able to contact him for clarification.

In his statement this morning, Farhash further claimed that the complainant was involved in a criminal court case involving Farhash’s family.

Selangor CID chief Fadzil Ahmat said yesterday that about 12 to 14 men were involved in the Merdeka Day incident, where the suspect is alleged to have shoved the complainant in the face upon seeing him.

After being told to leave by the sports complex management, the complainant supposedly went to the motorcycle parking area outside where he was attacked with knives, helmets and chairs by 10 men, resulting in injuries.

Farhash was yesterday quoted as stating that the viral message circulated claiming that he was involved in a fight is a slander against him by his political opponents, and that people had been “paid to slander” him.

farhash wafa salvador
ampang attack
police
investigation
riot
Related Reports
In Anwar, political secretary sees hope for a Malaysia for Malaysians
a year ago
Aide: Anwar never doubted succession plan, but some are up to tricks
a year ago
PKR disciplinary board to contact Farhash over alleged Azmin slur
a year ago
Go to the cops with your info, Wan Azizah tells Azmin, Amirudin
a year ago