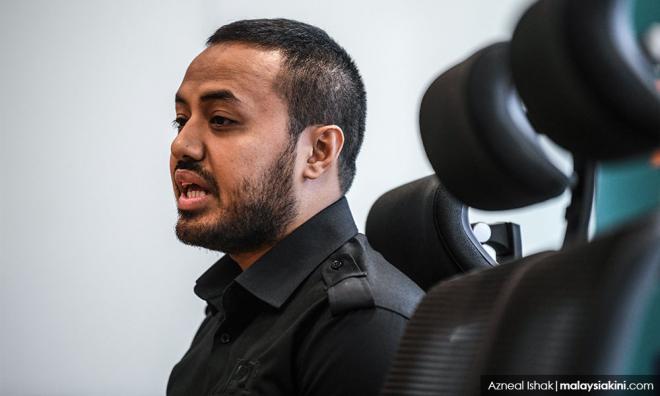 Police have reiterated their call for Farhash Wafa Salvador Rizal Mubarak, the political secretary of PKR president Anwar Ibrahim, to come forward immediately and assist investigations into an Aug 31 armed riot in Ampang.

Selangor Criminal Investigation Department chief Fadzil Ahmat said that three suspects surrendered themselves at the Ampang police headquarters at 11.40am today, but that Farhash’s whereabouts still cannot be traced.

"The main suspect Farhash is still untraceable, and is directed to come forward immediately to assist investigations," he said in a statement today.

Fadzil added that the three suspects who have surrendered are Muay Thai instructors aged between 26 and 35.

One individual is wanted in Cheras for drug-related offences, while the other two have no prior criminal records. All three have been remanded to facilitate further investigations.

After the Selangor CID urged him to come forward yesterday, Farhash promised to fully cooperate in the investigation, but did not specify whether he would be meeting the police.

Farhash further claimed that the complainant was involved in a criminal court case involving his family.

Fadzil said yesterday that about 12 to 14 men were involved in the Merdeka Day incident at the Arena All Stars sports complex in Ampang, where a suspect is alleged to have shoved the complainant in the face upon seeing him.

After being told to leave by the management, the complainant supposedly went to the motorcycle parking area outside, where he was then attacked with knives, helmets and chairs by 10 men, resulting in injuries.

Farhash said yesterday that the viral message claiming that he was involved in a fight was conjured by his political opponents, and that people had been "paid to slander" him.