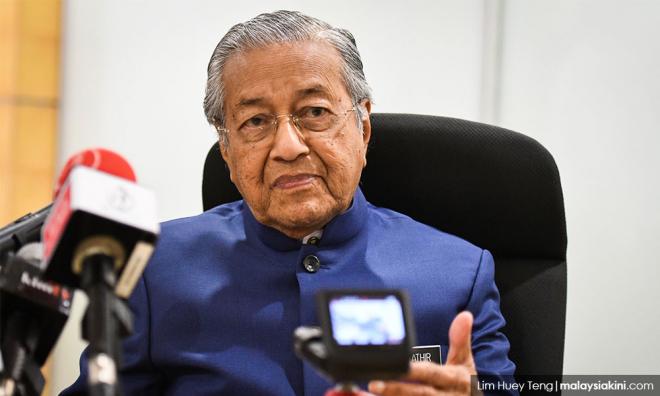 Prime Minister Dr Mahathir Mohamad is expected to meet Japan Bank for International Cooperation (JBIC) governor Tadashi Maeda during his visit to Kyoto to discuss the possible issuance of another round of samurai bonds.

Malaysian Ambassador to Japan Kennedy Jawan said the courtesy call is expected to take place on Sunday at JBIC’s request.

“The request is made by the Japanese side through their embassy in Kuala Lumpur for the governor of JBIC to provide an opportunity to provide detailed background on the possible issuance of the next samurai bond,” he told reporters in a briefing at the Four Seasons Hotel in Kyoto today.

Malaysia had released one round of samurai bonds in March this year worth a total of 200 billion yen (approximately RM7.34 billion) with a maturity tenure of 10 years and guaranteed by the JBIC.

The prime minister is scheduled to arrive in Osaka tonight from Vladivostok to begin his three-day working visit to Kyoto, which is also his sixth visit to Japan since taking over the premiership in May last year.

On the first day of his visit, he will be conferred the honorary degree of Doctor of Humane Letters by Doshisha University by its president Takashi Matsuoka in a special conferment ceremony tomorrow at the university.

“This award is an honour and recognition of the leadership of Mahathir by Japan academics. This will also boost the image of Malaysia and further enhance bilateral relations between the two countries,” he said.

The prime minister will be the 68th recipient of the award in the university’s 144-year history.

Other notable recipients include the founder of Matsushita Corporation (now Panasonic) Konosuke Matsushita and American economist Joseph Stiglitz, who has also received the Nobel Memorial Prize in Economic Sciences and the John Bates Clark Medal.

Mahathir will also be visiting two companies, Towa Corporation and Shimadzu Corporation, on the first day of his visit.

Towa, a semiconductor company, is planning to expand is operations in Malaysia involving an investment worth RM100 million.

On the second day of his visit, the prime minister will visit the Ritsumeikan Elementary School, the only school in Japan that incorporates a traditional approach and modern technology in its teaching.

He is expected to visit a pottery class, an information and communications technology class, classroom lessons on robotics, and a brief tea ceremony with some of the school’s pupils.

Later that night, Mahathir will be attending a dinner with some 200 members of the Malaysian diaspora comprising students and expatriates.

He is scheduled to end his visit on the third day after meeting with the JBIC governor and a press conference with the Malaysian media.