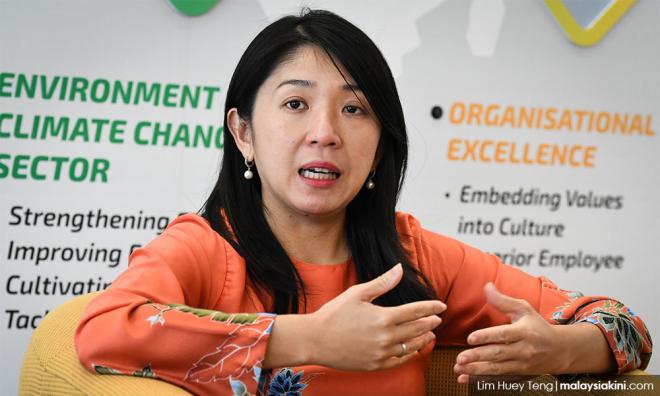 Yeo tells Indonesian minister off on haze blame game, and 8 news from yesterday

1. Energy, Science, Technology, Environment and Climate Change Minister Yeo Bee Yin told her Indonesian counterpart Siti Nurbaya Bakar not to be in denial over the cause of haze in the region, using data to show that Indonesia had over 800 hotspots as opposed to Malaysia with just seven.

3. PKR president Anwar Ibrahim, who stayed at Habibie's house in Munich while recovering from spinal surgery in 2004, lamented the loss of his great friend.

3. Two state assemblypersons today announced their resignation from the Perak DAP committee, due to dissatisfaction with the statement of chairperson Nga Kor Ming that the status of Perak executive councillor Paul Yong, who is currently facing rape charges in court, would be discussed at the Pakatan Harapan level.

4. PKR vice-president Rafizi Ramli slammed Umno and PAS for fanning the flames of racism instead of behaving like a credible opposition.

5. Exploited and trafficked by their employers, many Bangladeshi workers who enter the country legally end up fleeing and becoming undocumented, making them prime targets for crime syndicates that make themselves out to be 'legalisation agents'.

Having taken up debts of at least RM17,000 to pay for their passage to Malaysia, desperate workers pay these agents a minimum of RM4,000 to obtain legal status through the exploitation of the Malaysian government’s 'rehiring' scheme.

6. PAS vice-president Mohd Amar Nik Abdullah has turned the tables on Prime Minister Dr Mahathir Mohamad, who had told the party to apologise to Umno for labelling it "kafir" before formalising their cooperation.

Mohd Amar pointed out that Mahathir himself never apologised to Anwar before they worked together.

7. MACC chief Latheefa Koya has urged politicians to stop using the graft buster as a political tool to attack other leaders, as politically-motivated reports made it hard for the body to maintain its professionalism and integrity.

9. The Environment Department has imposed a ban on open burning in the whole country, except for cremation, religious purposes, barbecues and flaring until the end of the southwest monsoon period, announced its director-general Norlin Jaafar.