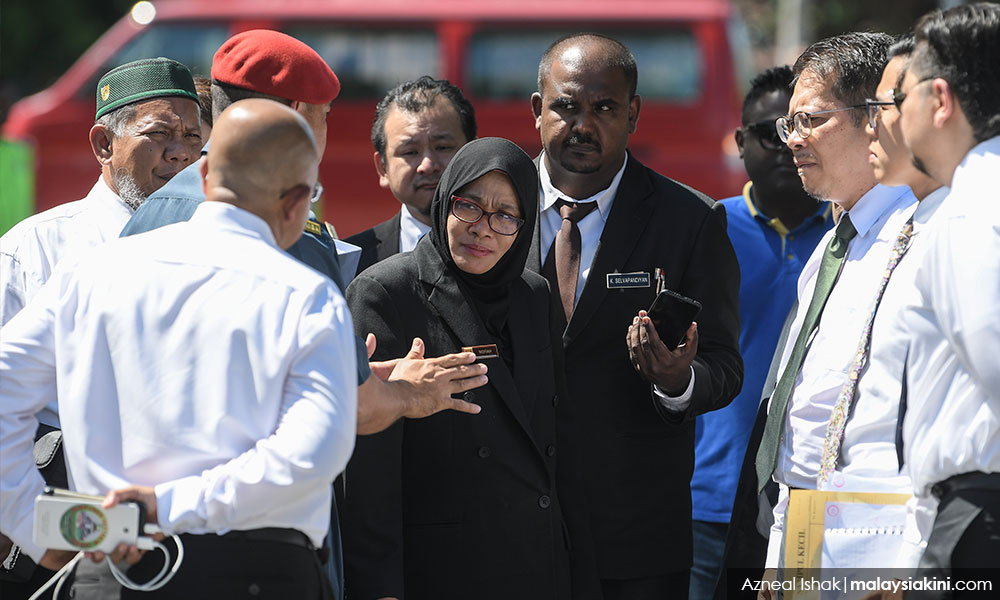 1. A Coroner's Court ruled that the death of firefighter Muhammad Adib Mohd Kassim was due to a criminal act perpetrated by unidentified assailants. It also criticised police’s failure to control the Seafield temple riots.

After the verdict, Adib’s parents said their pleas for justice had been answered.

2. In the wake of the Adib verdict, former law minister Zaid Ibrahim led calls for an inquiry into the police inaction to stop the violence following clashes involving two groups over the relocation of the Seafield Seri Mahariamman temple in Subang Jaya, Selangor last year.

4. PAS president Abdul Hadi Awang dismissed a Sabah-based newspaper's image of him in a wedding gown with regard to Umno and PAS' political marriage, saying he was not a member of the LGBT (lesbian, gay, bisexual and transgender) community.

6. Inspector-General of Police Abdul Hamid Bador slammed those making irresponsible statements regarding a man who ran amok and was shot dead by the police in Penang, saying "if the man died a martyr, then how about my men who shot him, are they kafir (infidels)?”

7. The Selangor government announced that effective on March 1, 2020, only registered households earning RM4,000 or less would be eligible for the free water scheme, instead of a blanket subsidy which is currently enjoyed by all Selangor households.

8. By 2026, almost every household in Peninsular Malaysia will be able to track its power usage and patterns through the Advance Metering Infrastructure (AMI), dubbed as the smart meter, says Tenaga Nasional Bhd.