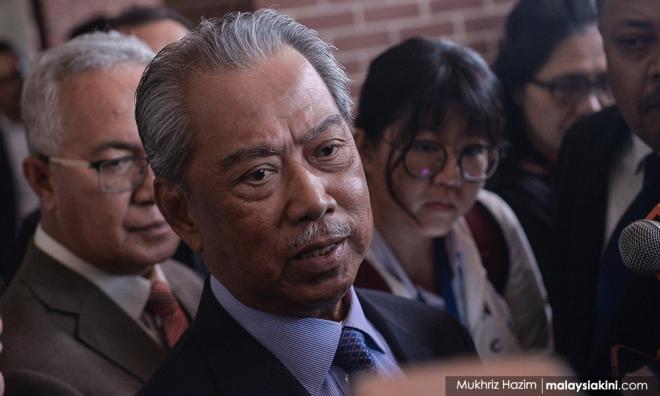 Home Minister Muhyiddin Yassin has assured that the police will investigate and get to the bottom of the killing of firefighter Muhammad Adib Mohd Kassim.

In a statement last night, he stated that Putrajaya accepted Coroner Rofiah Mohamad’s verdict that the 24-year-old had died as a result of criminal acts by two or three unidentified assailants.

"The government accepts the inquest verdict about his death and will allow the police to continue investigating this case in accordance with the country’s laws.

“I trust that the police will investigate this case in detail and to the best of their ability to ensure those who are responsible will face justice,” Muhyiddin said.

In her concluding remarks yesterday, Rofiah said that Muhammad Adib had suffered fatal blunt chest trauma injuries as a result of being dragged out from the Emergency Medical Rescue Services (EMRS) vehicle he was in.

She also remarked that police inaction, specifically by the Federal Reserve Unit (FRU), had contributed to his death.

"Firefighters had also been threatened by rioters who didn’t want the flames to be put out, but there were police officers on guard and the fires were successfully put out by the firefighters.

"It was very unfortunate when two troops of FRU with hundreds of personnel and seven various types of vehicles, including water cannons, only watched the rioters attack the firefighters without doing anything.

"They were only standing by with their weapons because they didn't receive any orders to act, despite the tense situation," she said.

The 41-day inquest began on July 24 and heard from 30 witnesses and experts.

Muhammad Adib died at the National Heart Institute on Dec 17, 2018 after succumbing to injuries sustained during riots near the Seafield Sri Maha Mariamman Temple in Subang Jaya, Selangor, about a month earlier.

The inquest was ordered after two conflicting versions on the cause of his death emerged, where one claimed he was hit by a vehicle while the other said he was beaten up by a mob.

In the light of the inquest results, Inspector-General of Police Abdul Hamid Bador said that the police will look into the case again and assured that Muhammad Adib’s assailants would be identified and brought to justice.

He also said that police “can” check if its standard operating procedure (SOP) for riot control was adhered to during the Seafield riot.

The verdict has also reignited calls for Attorney-General Tommy Thomas to resign.