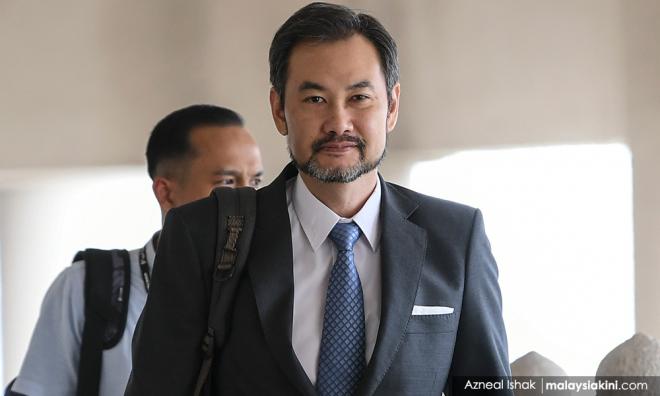 Yoursay: The ‘yes-men’ who were paid millions

The Third Man: It’s truly shocking to learn how easy it is to make money without breaking a sweat.

On top of earning a monthly salary of RM80,000 as a chief operating officer, Shahrol Azral Ibrahim Halmi also earned an RM179,000 annual allowance as a board member of 1MDB.

He also received RM1,500 for just attending each board meeting in addition to a yearly bonus payment of RM1.4 million!

How many of us earn RM1,500 to just show up at a meeting? It is a basic monthly salary for some people.

This scenario is common and has been going on in the country for some time now.

The government must put a stop to this. We should be seriously looking at developing a meritocratic system within the government as soon as possible.

The society should be the focus and key driver for the nation to generate real productive and talented manpower. This is needed for our nation to face the challenges and uncertainties in the new global order.

No wonder the gravy train has infected every level of society. This kind of practice has created a huge income disparity amongst the community.

It’s time to wake up. Cash is king is a death trap.

JBKing: Most Malaysians earn a minimum wage of about RM1,200 whereas some may earn slightly better.

The fact remains, however, a majority need the Bantuan Rakyat 1Malaysia, or BR1M, to survive. A lot of Malaysians have been experiencing high cost of living for several years and find it hard to make ends meet.

So how can we expect the rest of the country to forgive this highly paid CEO?

Can we also forgive his board for colluding with outsiders/foreigners and use the country's taxpayers' coffers to satisfy their whims and fancies?

Can we also say for certain that our then prime minister was actually happy and that this man “was on top of things".

Anonymous_1543475877: What about the former treasury secretary-general?

He allegedly appointed himself to the boards of some 20 companies that paid him allowances and fees.

As he was apparently able to appoint himself to these boards, he was given a free hand to sort out the amount of allowances and fees paid to him. He was allowed to do so because these were companies owned by the Finance Ministry.

I believe that apart from his salary of some RM300,000 excluding allowances, he received about RM2 million annually.

Even though he said to have “faithfully” paid his taxes, he was subsequently detained by the MACC and charged with former prime minister Najib Abdul Razak for six counts of criminal breach of trust involving RM6.6 billion.

Rakyat_reboot: Shahrol must be made to repay some of the money for his gross negligence and incompetence. He was nothing but a “yes man” and blinded by all the perks and money thrown his way.

He is also to be blamed for not exposing the wrongdoings that I am sure he had knowledge of but chose to remain silent.

Def Leppard: This man's evidence comes after the Inland Revenue Board’s (IRB) voluntary disclosure period. Make sure IRB hauls him and conduct a check on whether Shahrol actually paid his taxes.

With the salary, allowances and other perks and benefits he had received, I am more than confident that he would be able to pay without any trouble.

It’s insanely obnoxious what these people were paid.

Anonymous_1541405466: The formula is pretty clear - appoint a mediocre guy with some professional qualifications.

You then pay him a very handsome salary and he will become your unwitting partner plus even actively help you to defraud Malaysian taxpayers of billions of ringgit.

And the best part about these men is that they don't think that they did anything wrong. They will always say that they were just following orders from the “big boss”.

KingKriolle: The ridiculously high salary and bonus payout are not just as remuneration. It can also be considered as bribes for Shahrol to be a “yes man” and to keep him quiet.

Alfanso: See how the system is abused. Even the prime minister never receives such a salary but the head of a government-linked company (GLC) can.

It does not matter whether they are working or not or if the said company is going down the drain, those handpicked appointees get their salary. What a shame.

Undecided: It is not the race but more so the prime minister and the top leaders of Umno who were leading by example. A very bad example.

The New Economic Policy (NEP) has bred corrupt leaders. The sooner NEP and its successors end, the better it is for the country.

Anonymous_0cb0104a: And here we are complaining there are huge differences in income between races. It’s not about races, it’s about politicking and the need to deceive.

So when Pakatan Harapan first became the government, they were to look at the monthly salaries of all GLCs, and the appointed government suppliers and contractors.

What became of the exercise? Are we still paying exorbitantly for mediocrity?