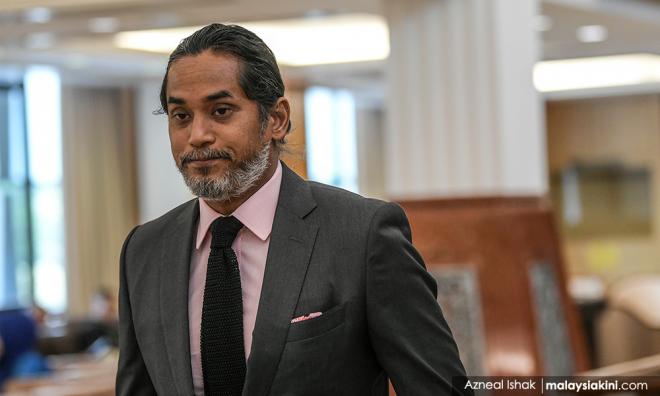 Utusan Malaysia's demise has ignited a debate on who is responsible for the erosion of public confidence in the mainstream media.

After A Kadir Jasin pointed the finger at former premier Abdullah Ahmad Badawi's advisors, the latter's son-in-law turned the tables on the veteran newsperson.

“Mainstream media's decline began with the slanted coverage of sodomy part one. A certain A Kadir Jasin was the editor of NST then,” he said.

However, the mainstream media's coverage of the second sodomy case against Anwar, which commenced in August 2008 when Abdullah was still premier, was no different.

Kadir, who is Prime Minister Dr Mahathir Mohamad's media and communications advisor, was the News Straits Times Group editor from 1988 to 2000.

In 1998, Mahathir, during his first tenure as prime minister, had sacked Anwar as his number two and the latter was subsequently charged with sodomy and abuse of power.

Anwar had claimed that both the first and second sodomy charges were fabricated.

In a blog posting earlier, Kadir said Abdullah and his successor Najib Abdul Razak's advisors had meddled excessively with the mainstream media.

He said one of the biggest mistakes was to utilise the mainstream media to dilute Mahathir's legacy and promote Abdullah.

He claimed their actions led to the perception that the mainstream media was biased and this in return led to a decline in circulation and drop in advertising revenue.

Following this, former minister Zaid Ibrahim also disagreed with Kadir, arguing that the rot in the mainstream media started during Mahathir's time.

Earlier, Malaysiakini reported that Utusan Group had ceased operations and its staff were told to vacate the building by 1pm this afternoon.