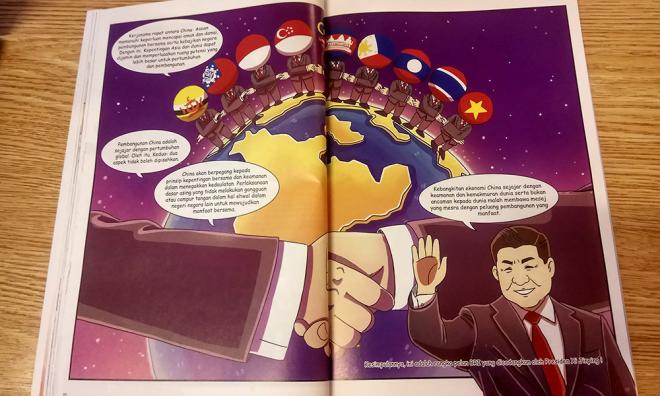 Why did our ministers get duped into endorsing foreign propaganda?

COMMENT | Controversial figure Hew Kuan Yau may try to sell his comic as “a good analysis of the Belt and Road initiative”, but after going through all 161 pages, I cannot describe it any other way - the comic is propaganda.

It is not even subtle propaganda like the nine-dash line on a world map in the background of a completely unrelated film about the mythical Yeti.

It is bald-faced, blatant propaganda featuring an evil Donald Trump styled as King Kong and an ever-smiling Xi Jinping bestowing the world with Chinese socialist goodness.

Going by this comic, narrated by two very cute cats, China is the saviour of the world, and the belt and road initiative (BRI) is its medium...