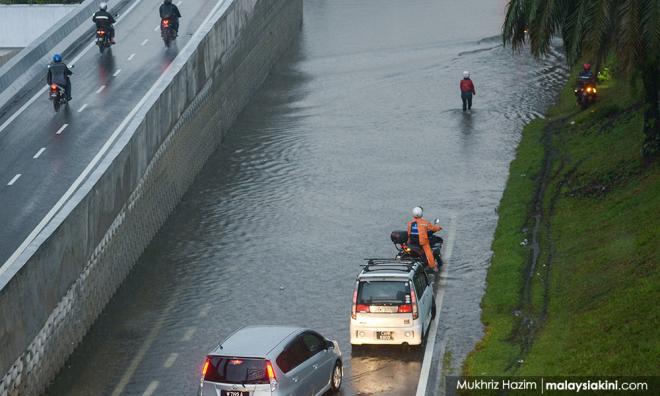 The risk of floods, especially flash floods, can be reduced if people are more responsible in maintaining the cleanliness of their surroundings, said Deputy Prime Minister Dr Wan Azizah Wan Ismail.

She said apart from floods caused by the poor maintenance of drainage and irrigation systems, they could also occur when irresponsible members of the public dump rubbish in these areas.

Just because flash floods do not happen in their area, such people think it is alright to throw their rubbish in drains, she told a media conference after checking on preparations by the state Social Welfare Department, in facing the monsoon season here today.

On the flood preparations, Wan Azizah said she was satisfied with all that had been undertaken so far.

“We are told that the infrastructure (irrigation and drainage) is good, even though there are aspects of maintenance that need to be improved, she said, adding that cleanliness needed to be made a joint responsibility of society.

She said there are 429 flood-risk areas in Pahang and personnel numbering 7,174 from various agencies, including the police, Fire and Rescue Department, the army and the Civil Defence Force (APM), on standby to deal with the situation.

The teams are equipped with 171 boats and 421 multi-purpose vehicles, she said, adding that 245 helicopter landing locations have also been identified to deliver aid if floods hit the state.

She said the federal government had allocated RM4 million for the purchase of essential items, including food, to cater for flood evacuees, with 662 relief centres identified across Pahang.